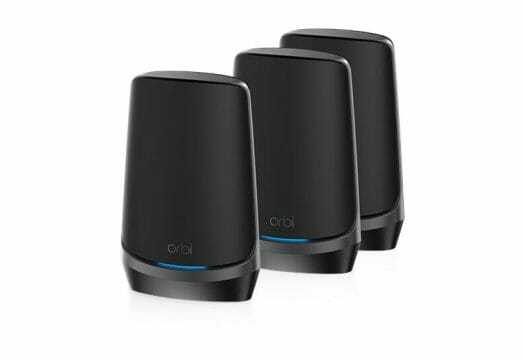 NETGEAR RBKE963’s router and satellites share most of the same specifications: 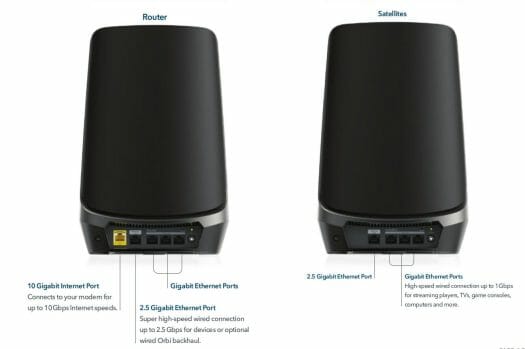 The router and satellites look like compact little devices in the first photo, but once we read the dimensions and see the photos with the Ethernet ports, I realized those are quite bigger than they look at first sight. I’m also surprised those need a 60W power adapter each, but it must be required when moving a large amount of data at high speed.

Based on the specifications and features, you’d think it’s a system for offices and businesses, but NETGEAR mentions “supports multi-Gigabit Internet throughout the home”, and clearly targets home settings. I’m just not sure who needs this, unless in really large homes with an extended family and/or frequent partying with a decent amount of guests…

The NETGEAR RBKE963 Orbi Quad-band WiFi 6E mesh system (white color) is sold in a 3 pack bundle with one router and two satellites for $1,499.99 MSRP, with RBKE963B being a limited edition in Black with the same features, while add-on satellites are available for $599 MSRP each.