Compulab IOT-GATE-RPI4 is another industrial gateway based on the Raspberry Pi CM4 module that offers a different feature set and form factor compared to solutions like TECHBASE iModGATE-AI gateway or QWave Systems CatsPi Industrial carrier board.

Designed with industrial control and monitoring in mind, the IOT-GATE-RPI4 gateway offers multiple RS485, RS232 and CAN FD ports, Ethernet, 4G LTE/4G, WiFi 802.11ac, and Bluetooth 5.0 connectivity, as well as a wide -40°C to 80°C operating temperature range, plus a wide input voltage from 8V to 36V as well as PoE support. 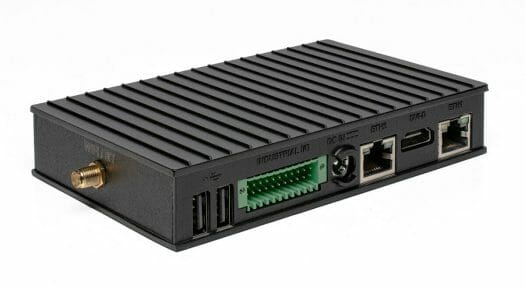 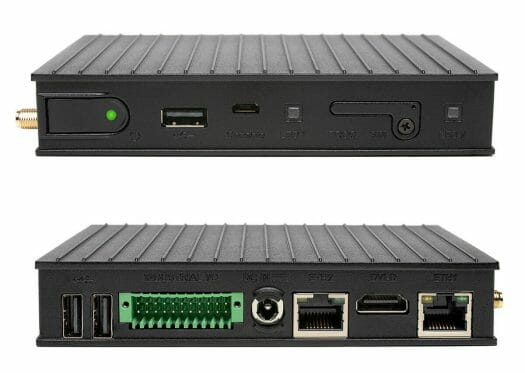 The industrial gateway is fanless, designed for 24/7 operation, and is fully compatible with Raspberry Pi OS. It also supports Ubuntu, as well as Microsoft Azure IoT and AWS Greengrass. Mounting options include DIN rail and wall mount.

As a side note, I think it’s the first time I see MTTF (Mean Time to Failure), as MTBF (Mean Time Between Failure) is more common, and at first, I assumed they would be interchangeable. But Limble CMMS has a good article and charts explaining the differences between MTTF, MTFB, and MTTR (Mean Time to Repair).

CompuLab IOT-GATE-RPI4 sells for $134 in its minimal configuration, and if you check out the product page you can get a rough guide of how much each option would cost, as well as price adjustments depending on volume. Compulab is one of the rare embedded/industrial companies that offer transparent, public pricing information. The company also offers a $595 evaluation kit with IOTG-RPI4-D4-NA32-WB-JEC25x-FARS4-FBCAN-POE-PS-XL-TIC hardware meaning: IOT-GATE-RPI4 with 4GB RAM, 32GB storage, WiFi & Bluetooth, 4G LTE, RS485 ports, CAN-FD bus, PoE, a 12V PSU, pre-loaded with “Raspbian” OS, and industrial certified temperature range. The kit also includes several accessories, plus 45 days of technical support.

Will these devices also see the same supply caused increase of cost that has made RPI price rise?