SPM-Main is the main unit of Sonoff Smart Stackable Power Meter using RS485 to provide up to 128 relays. Besides support for the eWelink mobile app, we were promised an HTTP API at the time of the launch in September 2021. 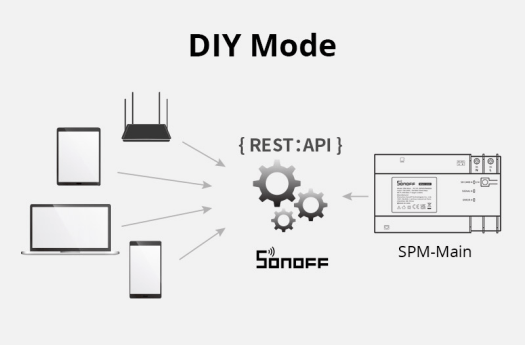 The API allows you to switch between eWelink and DIY modes as needed, and provides the following functions:

You’ll find documentation for the API on the developer website, as well as a short tutorial on the SONOFF website.

Many people are already flashing their SONOFF devices with ESPHome or Tasmota open-source firmware, but in most cases, it requires people to open the device and sometimes even solder some wires,  which some people may feel uncomfortable doing, and the HTTP API removes the need to hack the hardware, as long as it’s implemented in your preferred home automation suite.