NXP also highlights that it is the first crossover MCU to include an EdgeLock secure enclave that “eases the complexity of implementing robust, system-wide security intelligence for industrial IoT applications”, and the new processor aims to bridge the gap between existing industrial systems and Industry 4.0 system. 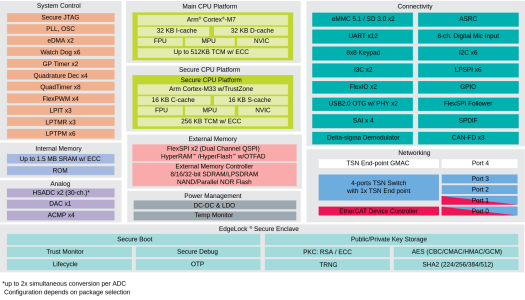 NXP did not say when to expect the i.MX RT1180 crossover MCU, and it is currently shown as a preproduction product on the product page. Based on the previous history with NXP processors, this could mean a launch in a couple of months, or up to a couple of years.