As a reminder, Bluetooth Audio LE broadcast enables an audio transmitter, be it a smartphone, laptop, television, or public address system to broadcast audio to an unlimited number of nearby Bluetooth audio receivers that could be speakers, earbuds, or even hearing devices. 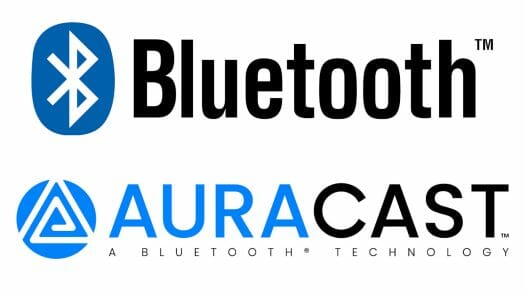 Auracast broadcast audio will let users invite others to listen to the same music without disturbing others around them, for example, a group of friends could listen to the music in the subway or on a bus through Auracast-enabled earbuds.

Auracast will also be useful in public places, where for instance, users could listen to the audio from muted televisions at airports, gymnasiums, or train stations, and public announcements (e.g. gate changes, boarding announcements…) can be broadcasted into multiple languages, so users can listen to those in their native or preferred language. Auracast will also be integrated into hearing aids so the hearing impaired will be able to access and listen to those audio streams like everybody else.

.@Bluetooth has announced #Auracast, the new name for broadcast features in #LEAudio. It enables an audio source device to broadcast one or more streams to an unlimited number of devices. Learn what it has to do for your development with #nRF5340 Audio DK👉https://t.co/N2kOf69SbF pic.twitter.com/cE6pcaVpcn

As far as I can tell, and from the short video from Nordic Semi above, there’s no difference between Bluetooth LE Audio broadcast and Auracast, it’s just a brand name announcement. It might be useful to consumers as the Auracast logo may be displayed in locations where it is in use. That also means existing Bluetooth Audio LE capable devkit such as the nRF5340 Audio DK will work with Auracast. 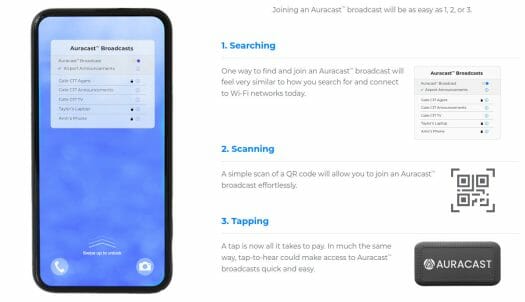 Selecting an audio broadcast will work in a way similar to selecting a WiFi access point from a list of available audio streams, and other ways will include QR codes or tap-to-hear, with the latter enabling paid broadcasts as well.

Additional information may be found on the Bluetooth SIG website.