congatec has just introduced the conga-HPC/uATX micro-ATX carrier board designed for COM-HPC Client modules size A, B, and C. The board is vendor independent since it is based on the COM-HPC and micro-ATX standards and designed for embedded long-term availability of at least seven years.

That means the micro-ATX carrier board works congatec solutions such as the high-end conga-HPC/cALS COM-HPC Client Size C module with up to a 16-core Intel Core i9 Alder Lake-S processor or the more power-efficient conga-HPC/cALP COM-HPC Client Size A modules with Intel Celeron 7305E processor, as well as similar solutions from ADLINK Technology, Advantech, Portwell, and other vendors. 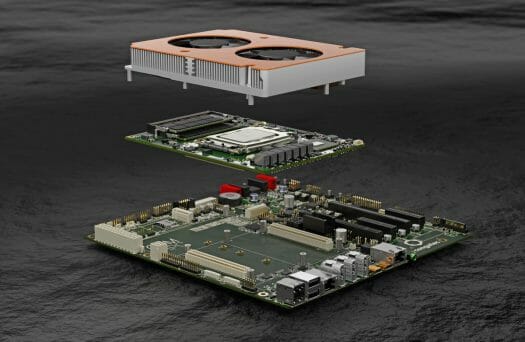 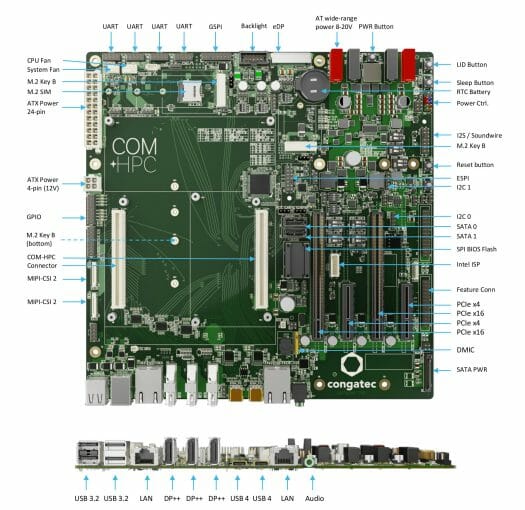 congatec goes on to list operating systems and supported software tools such as Microsoft Windows 10, Windows 10 IoT Enterprise, Linux, Yocto, and RTS Hypervisor, but it does not appear relevant to a carrier board unless specific drivers are needed. I initially thought it might be possible to build an Arm micro-ATX motherboard with the conga-HPC-/uATX carrier as I had ADLINK COM-HPC Ampere Altra 80-core module in mind, but that’s a Server Size E module instead of a client module so it won’t work here, and I’m not aware of any COM-HPC Client modules based on an Arm processor so far.

More details can be found on the announcement and product page.