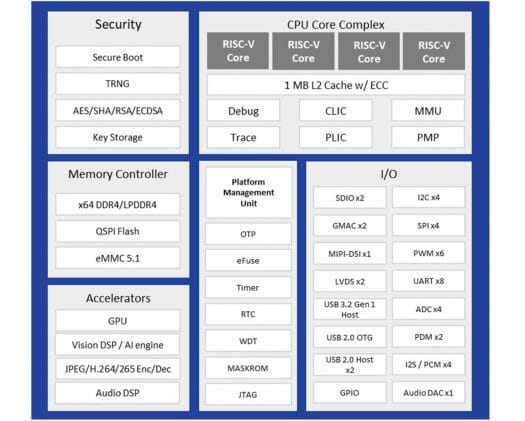 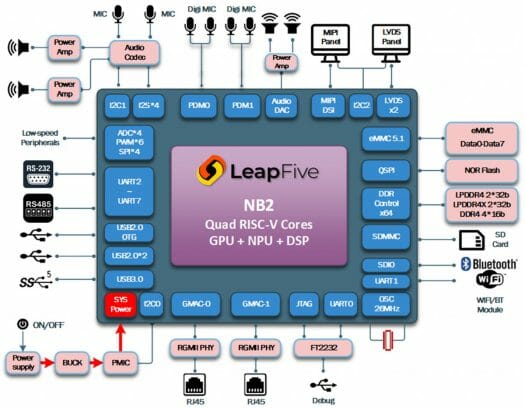 The 2.5 DMIPS/MHz number from the specifications is the same as the SiFive U74-MC core with Cortex-A55-class performance, so considering the LeapFive NB2 also comes with the SiFive Shield security platform, I would not be surprised if those were indeed U74-MC 64-bit RISC cores. [Update: A representative for SiFive confirmed this was the case, and the specifications have been updated accordingly]

The basic specifications are also similar to the StarFive JH7110 quad-core RISC-V processor with GPU that should be officially announced today in China together with the VisionFive V2 SBC, so we’ll have to see how both compare, and we’ll probably write about the StarFive solution tomorrow once/if we can manage to get more details. [Update: The VisionFive 2 has just launched on Kickstarter]

A few more details about the NB2 quad-core RISC-V processor may be found on the product page. There’s also additional information in the press release published today with photos of the chip and boards. 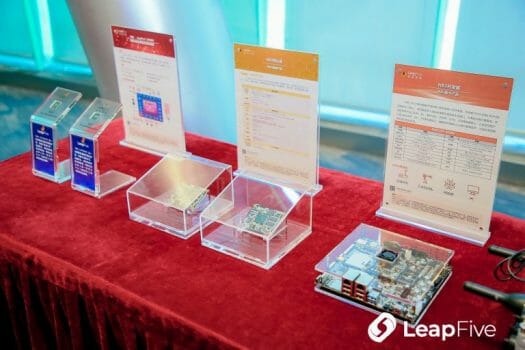 This looks very promising, hope it won’t have a fatal flaw like Nezha.