The press release explains NXP will officially launch i.MX 8X CPUs on May 14, 2020. We first heard about i.MX 8X in 2016, before an official announcement in 2017, and we wrote about Toradex i.MX 8X SoM in 2018, plus 96Boards AI-ML SBC in 2019, so I naively believed the processor had been around for a couple of years, but the Toradex SoM product [Update: the page has just been updated since it is now shipping as well],  and AI-ML board has just launched with 26 units available on Arrow website. Some samples have been around for companies part of “NXP Early Access Partner “, but as I understand mass production will just be getting started 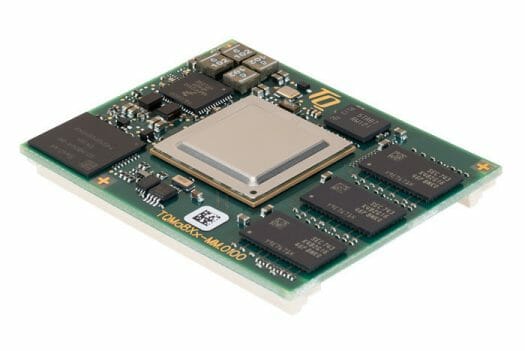 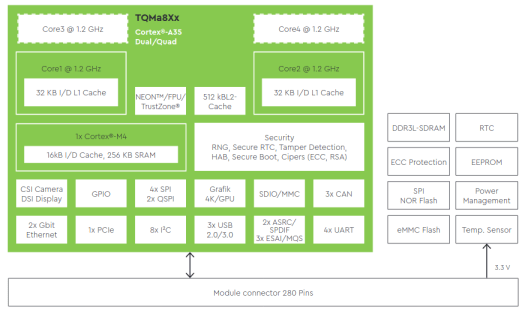 The company provides Linux support (Yocto Project BSP) by default, while QNX and/or Android operating systems are available on request.

More information and documentation can be found on the support website (WiP) and product page. 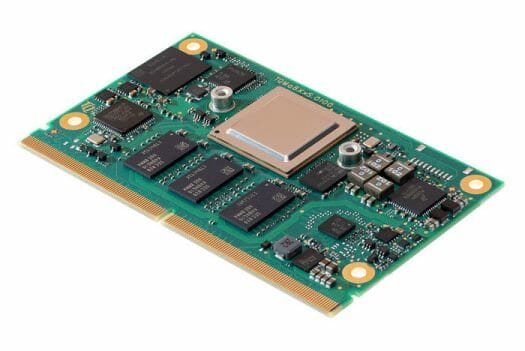 The second i.MX8X module will have many of the same features but with a different – and standard – SMARC 2.0/2.1 form factor: 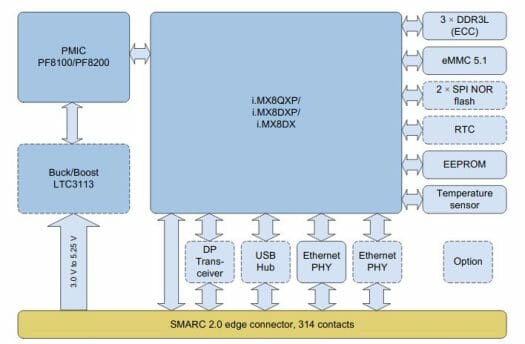 Just like for TQMa8Xx module, a Yocto based Linux BSP is available for the module, QNX and Android can be ported to the module on request, and both an evaluation kit and started kit are offered for initial development.

Further information and documentation on TQMa8XxS module can be found on the support website and product page.