Trigkey sent CNX Software a sample of the Speed ​​S3 mini PC for review. In this post, we’ll check out the specifications of the device, before doing an unboxing and teardown of the device, and testing Windows 11 and Ubuntu in subsequent parts of the review.

The specifications make the mini PC suitable for office tasks and basic gaming. 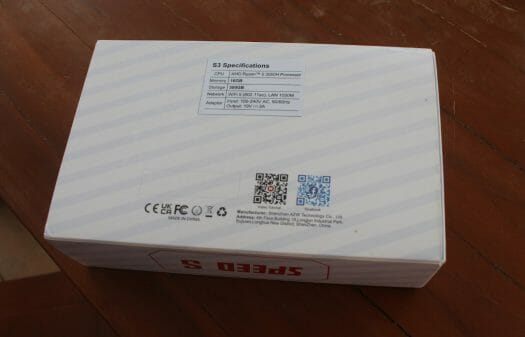 The back of the package shows the basic specifications of the mini PC, and the model we’ve received does come with 16GB RAM and 500GB storage. 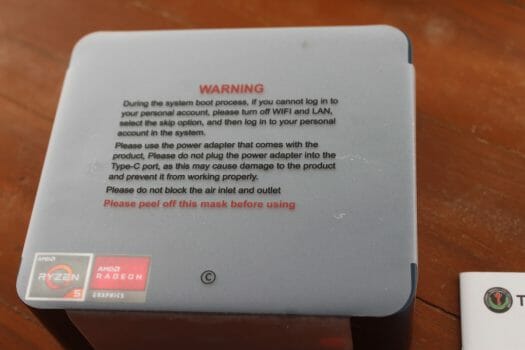 The mini PC itself is wrapped in a plastic film with a warning about potential login issues when WiFi and LAN are enabled (we did not have any problems), the USB-C port, and the ventilation holes. 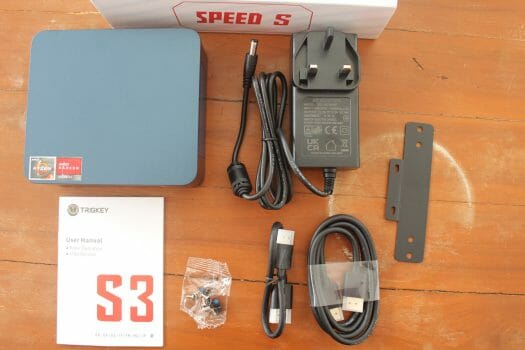 The S3 mini PC ships with two HDMI cables (one about 25cm long, the other 1-meter long), a 19V/3A power with a UK plug, a VESA mounting plate with a screw set, and a multilingual user manual in English, German, Spanish, Italian, French, Russian, and Japanese. We’ve tried to install the mini PC to the back of our monitor using the 25cm long HDMI cable, but the screws were too small.

Let’s check the port in the mini PC. The front panel comes with a “CLR CMOS” pinhole, two USB 3.0 ports, a USB Type-C port, a 3.5mm headphone & microphone jack, and the On/Off button with an LED. 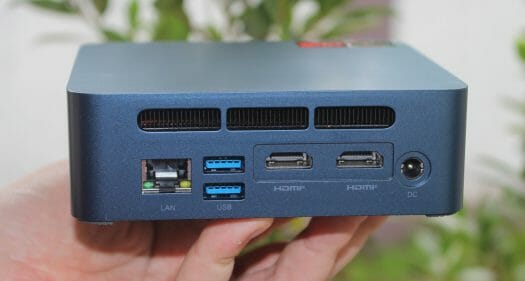 The rear panel features a Gigabit Ethernet port, two extra USB 3.0 ports, two HDMI (presumably 2.0) ports, and a DC jack, as well as three vents at the top for cooling the device. 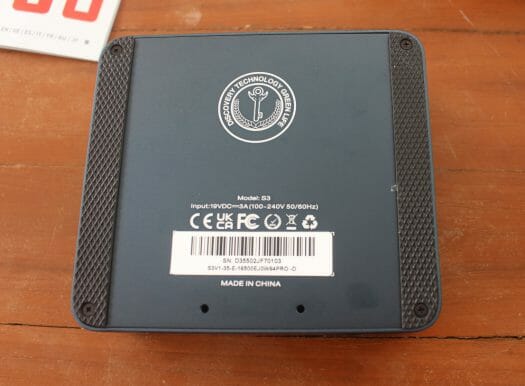 The time has come for a proper teardown. The bottom comes with four screws we’ll need to loosen to open the mini PC. 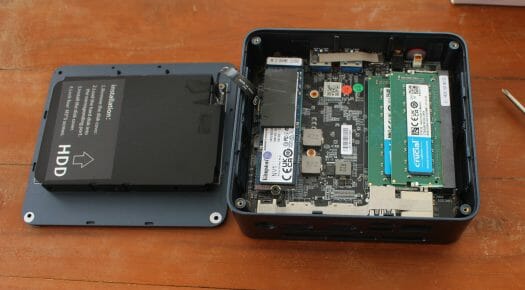 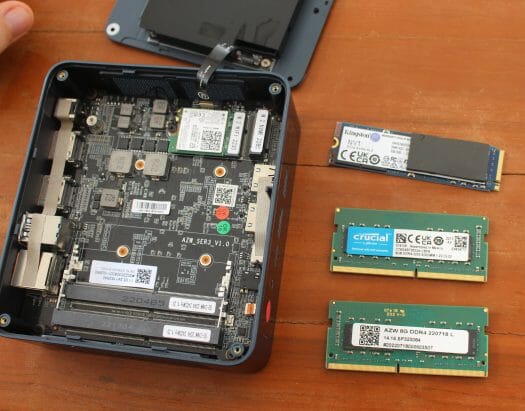 If we remove the SSD from the socket, we can see the M.2 2230 Wi-Fi 5 (or 802.11ac) card, and removing the memory sticks shows the name of the board: AZW_SER3 further confirming it looks like a Beelink design. 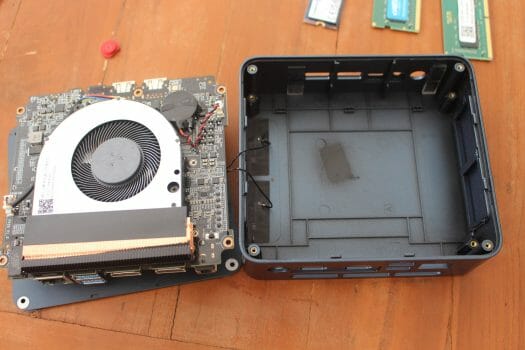 After taking out four more screws, we can remove the board from the enclosure, and check out the cooling solution with a fan and heatsink for cooling. We can also see a CMOS battery as well as two internal antennas for WiFi and Bluetooth.

Note: The article is a translation, with some extra insights, of the review on CNX Software Thai.

Most up to date Ryzen miniPC.

Haha.. that sarcasm..
Rather then this, at my country, I can get something like: