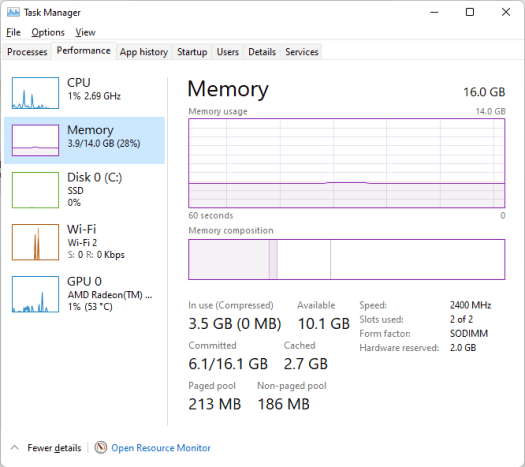 We can see the two 8GB Crucial memory sticks detected in Windows 11 Pro with a 2,400 MHz speed, while the sticks are rated up to 3,200 MHz. But a quick check on AMD’s website reveals this may be normal since the maximum memory frequency for the AMD Ryzen 5 3550H is listed as 2,400 MHz.

Checking out the USB ports

Since most companies do not provide an accurate description of the USB ports notably in terms of supported speeds, we’ve tested all four “USB 3.0” ports from the mini PC, plus its USB Type-C port. ORICO M234C3-U4 USB 3.0 M.2 NVMe SSD enclosure was used for testing, but each time we plugged it while the computer is running, the Trigkey Speed S3 would shut down automatically, requiring a complete power cycle (pressing the press button had no effect). If we connect the driver before powering up the mini PC, there’s no problem, except my mouse and keyboard also felt slow. 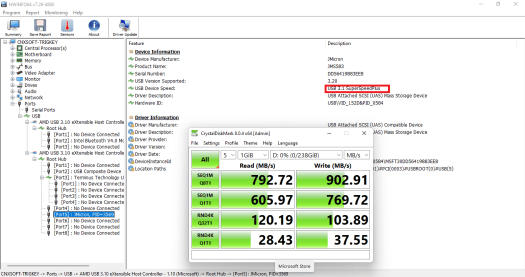 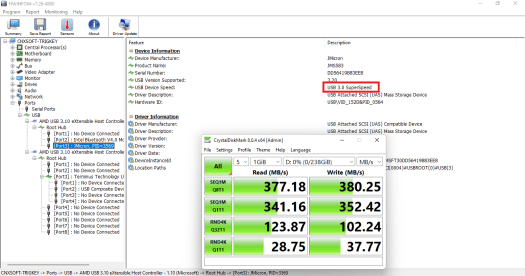 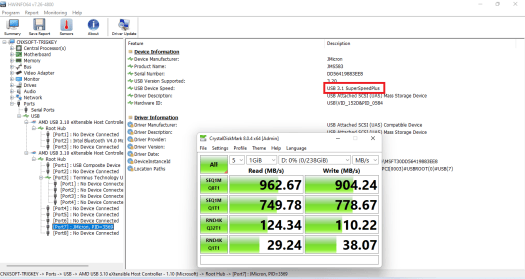 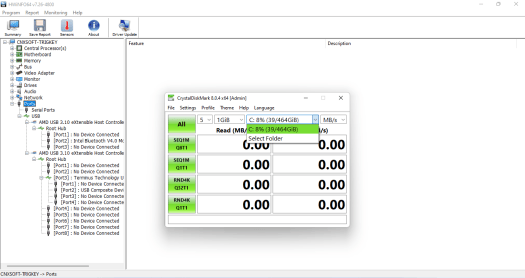 When I connected the ORICO enclosure to the USB Type-C port, the D: would just not show up. But when I switched to a MINIX NEO Storage Plus USB-C dock with a 480GB SSD, it worked. 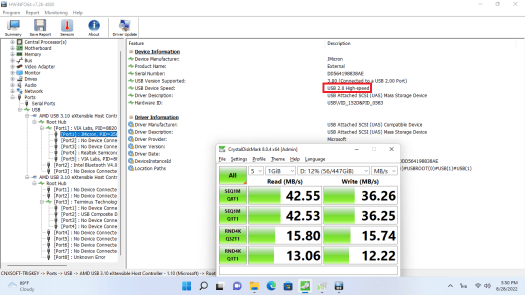 The USB Type-C port appears as a USB 2.0 port up to 480 Mbps “High speed”, so you’d want to avoid that port for fast storage.

Windows 11 Pro information about the system. 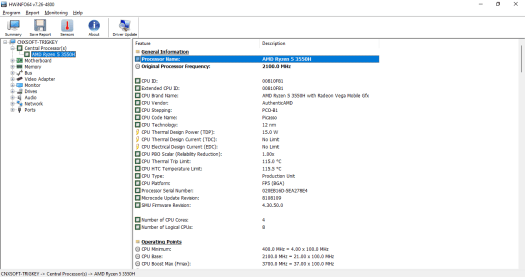 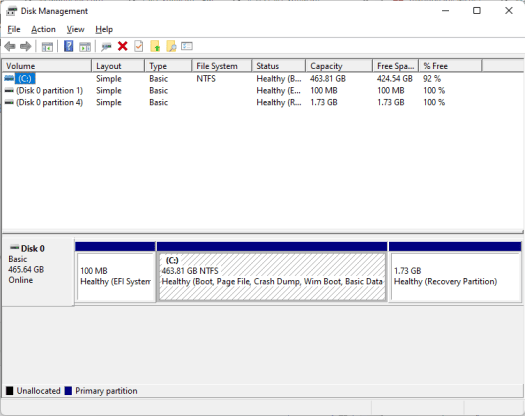 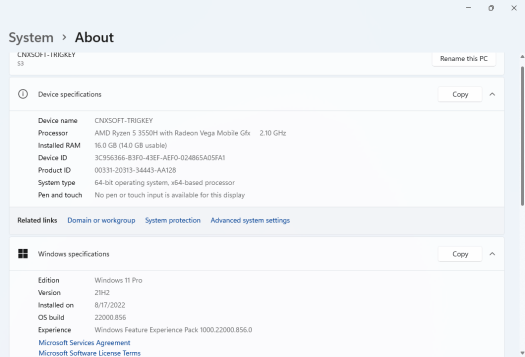 More details about the GPU information. 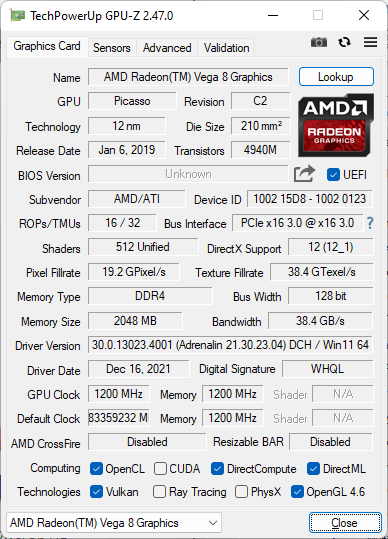 … before running several benchmarks to evaluate the performance of the mini PC. 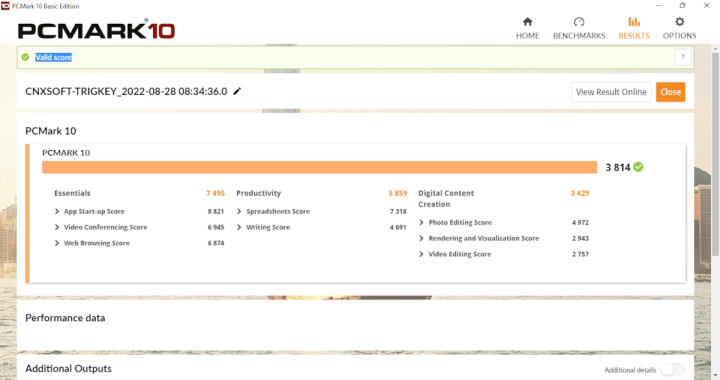 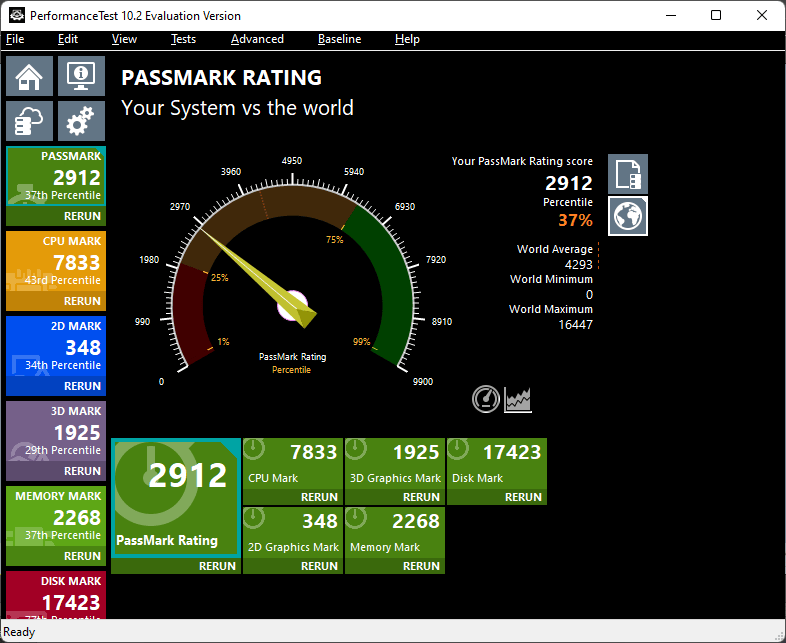 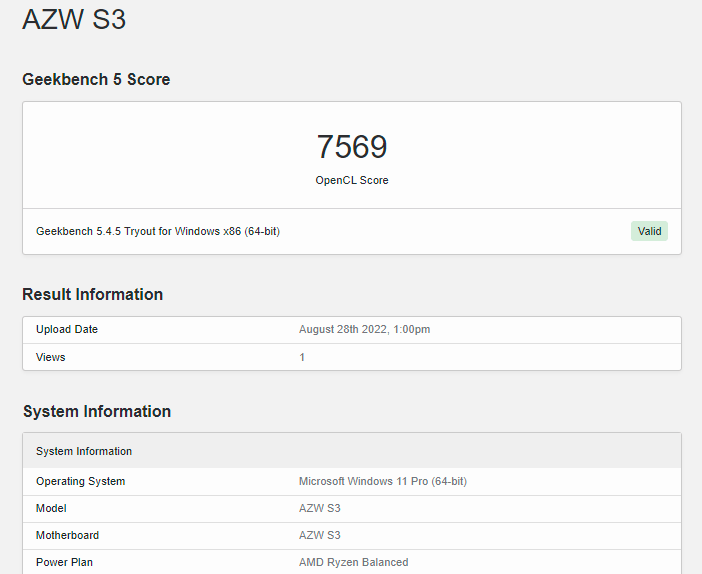 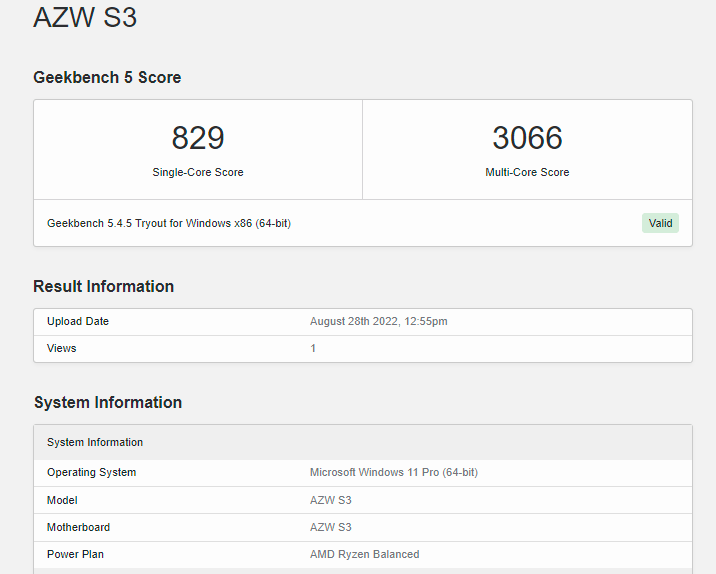 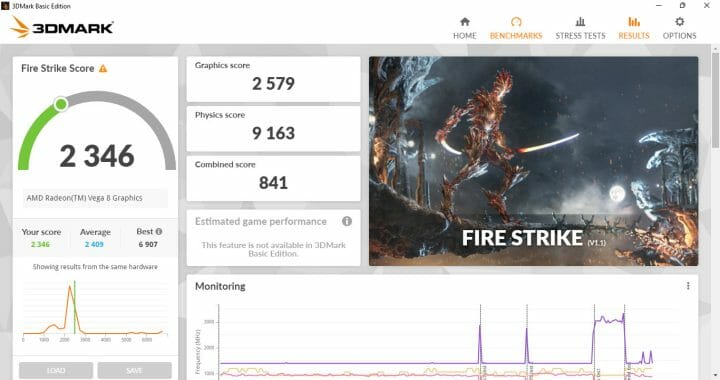 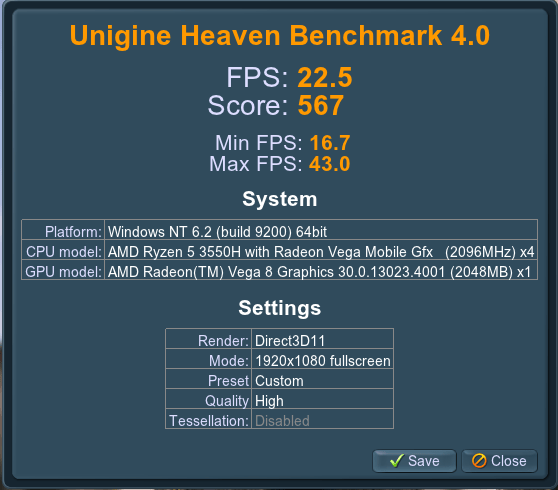 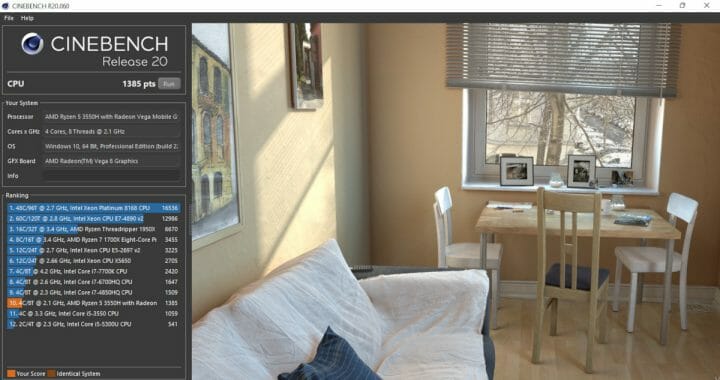 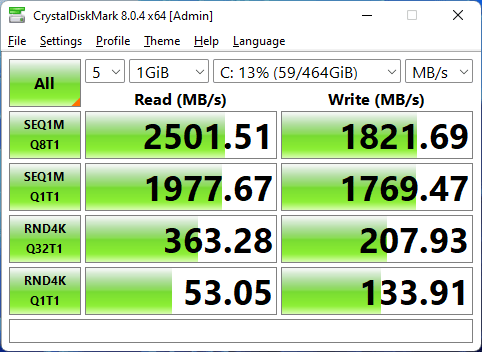 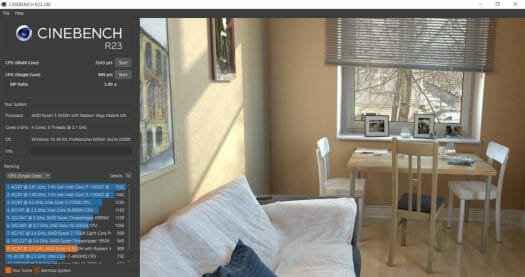 Most benchmarks are roughly as expected, except for the graphics benchmarks as the Ryzen 7 3750H model is slower than the Ryzen 5 3550H. But that’s because the Beelink SER3 mini PC used single-channel memory, and 3D graphics performance is highly dependent on memory bandwidth. The Beelink SER3 (Ryzen 7) was also configured with a lower TDP, but once Ian upgraded the memory with two 32GB memory sticks and changed BIOS settings, the performance improved significantly.

This clearly shows that beyond selecting a powerful processor, the memory configuration (e.g. dual-channel) and system settings are very important as well.

We had no trouble configuring a second display using the other HDMI port, but using the USB Type-C port would not work with a MINIX USB dock. So we could only use up to two displays.

The Speed S3 mini PC is supposed to support Wi-Fi 5 (802.11ac) and Bluetooth 4.0 connectivity. We can confirm that from the system information. 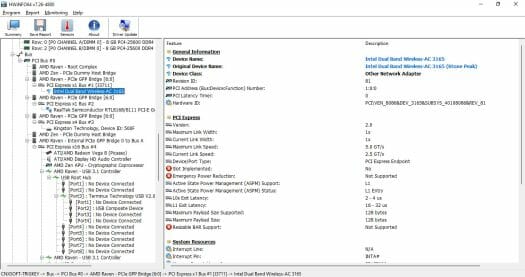 The Intel Wireless-AC 3165 M.2 module we had seen in the teardown is indeed properly detected in Windows 11 Pro, and the Bluetooth version is 4.0 as advertised. 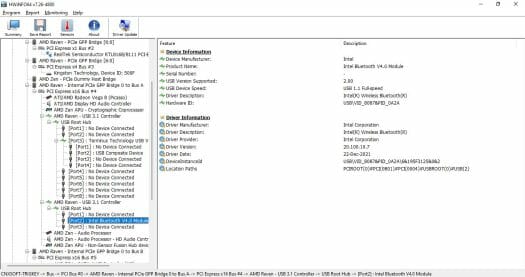 We’ve tested both Gigabit Ethernet and WiFi 5 using iperf3 with the results summarized in the table below. The testbed relied on a Xiaomi AX6000 WiFi 6 router and a 2.5GbE TP-Link switch, plus an Ubuntu 20.04 laptop.

For real-world testing, I played some Youtube videos in Chrome on Windows. 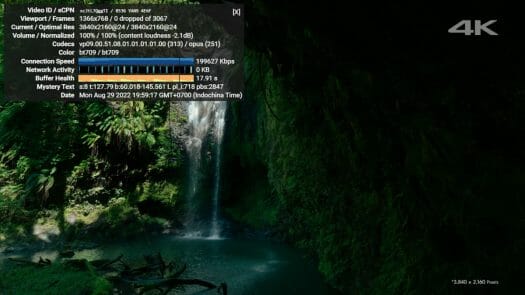 4K video playback was smooth, and no framed dropped out of 3,067 frames. 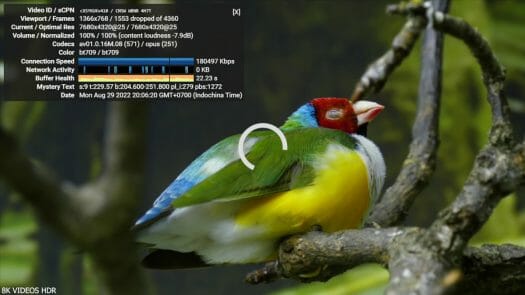 8K video playback on Youtube in Windows was a different story, with frequent freezes, and choppy video playback, as shown by the 1553 frames dropped out of 4360.

Power consumption was measured as follows.

That will be all for Windows 11 Pro testing, and we’ll be switching to Ubuntu 22.04 (dual boot) for the final part of the review and conclusions. I would like to thank Trigkey for providing the Speed S3 mini PC for review. It retails for $399 on Amazon.

Note: The article is a translation, with some extra insights, of the review on CNX Software Thai.

I have a Trigkey S3. Is there a solution or procedure to address the Trigkey S3 shutting down when USB drive plugged in? I don’t understand the instructions to update drivers.

Is it a USB hard drive or a USB flash drive that you are using?
If it is the former, then it looks like a power issue. if it is the second, I’m not sure. Maybe try to insert a USB hub in the middle, preferably a USB-powered hub to see if the problem goes away.
I’ve found out that TrigKey is not helpful or even trustworthy…

Hello. It happens with either and it is instantanious. I am hoping that it’s a driver issue. I’ve backed it up and I’m thinking of doing a clean install of windows 11. I agree with you about Trigkey. They wanted me to ship my unit to a house in Calgary. I’ve sent Trigkey support an email and now I’ll wait abit for a reply. Very dissappointed and open to all suggestions at this point.

The Trigkey S3 is the same hardware as the Beelink SER3 (See the first part of the review). You may have better luck on Beelink forums.