LilyGo has launched yet another product based on the ESP32 family of microcontrollers with the T-Embed WiFi IoT controller powered by an ESP32-S3 dual-core processor, equipped with a color display and a rotary encoder, and powered by a battery.

The device is programmable and can be used to control Smart Home and IoT devices connected over WiFi or Bluetooth. It also integrates a microphone and speaker, a microSD card for data logging, as well as a Grove connector and an 8-pin GPIO header for expansion. 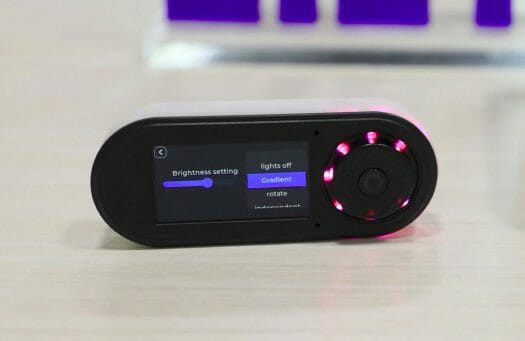 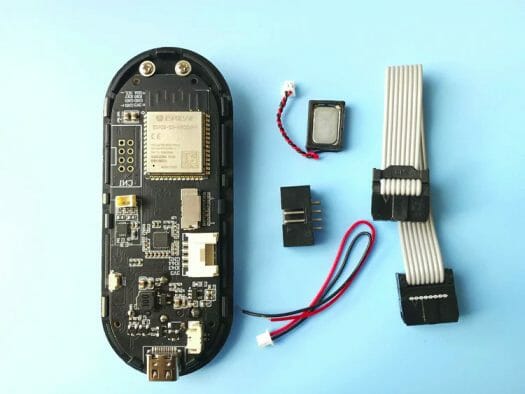 The kit does not include a battery, but does ship with a 2-wire battery cable with a JST connector, an 8-pin socket for additional GPIO (I don’t think the enclosure will close if soldered) with a corresponding flat cable, as well as a speaker that needs to be connected to the main board.

It should not be surprising to find an ESP32 S-series battery powered solution since the ESP32-S2 and ESP32-S3 microcontrollers have been found in ultra-lower-power boards from Olimex, Smart Bee Designs, Unexpected Maker, and others. The GitHub repository only includes the mechanical design files for the enclosure at this time, but I’d expect the demo program shown in the video below to be added to the repo in due time.

LilyGo takes pre-orders for the T-Embed “IoT embedded panel” on its own website with deliveries scheduled to start on October 20. The price is $29.80 for the first 30 pieces, and then it will go up to $33.04. The device should eventually be able on Aliexpress or Banggood as well, but at the time of writing, it’s not listed on LilyGo’s Aliexpress store.

It should be surprising to find an ESP32 S-series battery powered solution since… Did you mean to say shouldn’t? I came to rag on this device, but the more I think about it, I think it’s actually brilliant. It’s a universal remote. It’s got all the I/O you’d need for a variety of uses and the programmability means it’s capable of doing anything. I can easily see this being an OpenHAB remote. It’s also good for portable Wi-Fi tasks. You could hook a GPS to it and make a war-driver out of it, etc. $30 is a bit steep, but… Read more »

Oh, I know what it’s missing–and not sure if it can be added with the ports they provide–and that’s consumer IR TX/RX. The ESP32 has a nice CIR module just for that.

I like it, but to embed it to my product I would need some mounting options either on the PCB or on the case. There seem to be no mounting options. Also the flat cable should idealy have VCC and GND to power the device as well.

Is it just me, or does this scream for a Logitech Media Server client to replace the aging Squeezebox Controller?

I also thought about using it in combination with this project https://github.com/sle118/squeezelite-esp32

The display is already supported in ESPhome, but not with this resolution.

There is already a discussion in the Home Assistant subreddit