XCY-X66 is a tiny (75 x 75 x 52mm) mini PC based on Intel Celeron N5105 Jasper Lake and equipped with four 2.5GbE ports using Intel i225V controllers that should make it suitable for a range of networking applications. 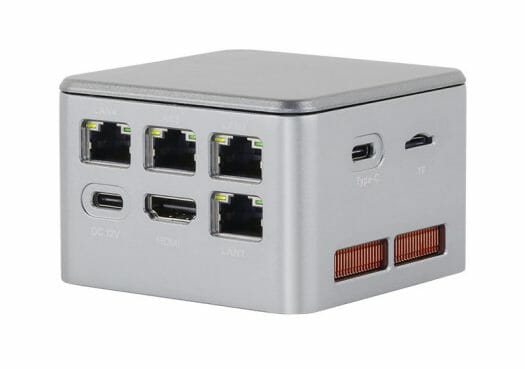 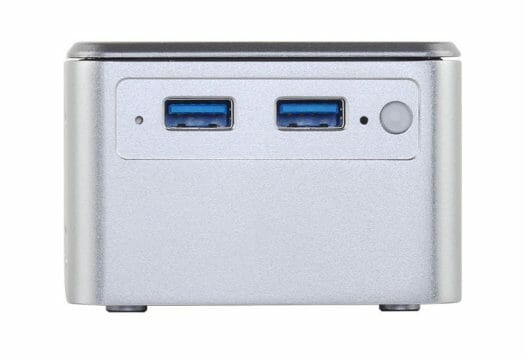 The XCY-X66 mini PC ships with a 12V USB power adapter and a user guide. The company says it supports Windows 10, Windows 11, and Linux operating systems, but I’d imagine some will want to run BSD-based operating systems such as pfSense considering the features of the device. While it’s great to have a pocket-sized Intel mini PC with four 2.5GbE ports, it may be worth noting its volume is about equivalent to two fanless NanoPi R5S or R6S Arm-based routers.

Many low-cost mini PCs with 2.5GbE ports come with RTL8125B controllers, and some people are still wary of Realtek stability, so the use of Intel i225V controllers may bring peace of mind to them. Note that while Realtek Ethernet chips had issues in the past, they seem to have resolved most of the issues as I’m sure some will be commenting below.

Liliputing notes that the XCY-X66 looks very similar to the iKoolCore R1 with almost exactly the same specifications except it is slightly thinner at 48mm, and offers upgrades with an Intel Pentium Silver N6005 processor and up to 16GB RAM. The caveat is that the iKoolCore R1 only sells in China for now [Update: the mini PC is now up for pre-order and ships worldwide], but there’s no such issue with the XCY computer since it can be purchased on Aliexpress for $251.29 with a 128GB SSD, and $264.59 with a 256GB SSD including shipping, but not potential taxes.

I do have a RPi4 that i’m not using. They are worth lot of money in my country, i’m seriously considering selling my Pi4 and getting one of those mini PCs for personal projects/home server.
They have more performance, more memory, a nicer case, dont use too much energy

And probably most importantly, it has a much better software support path that doesn’t involve Raspbian.

N5105 is not good choice for home server, if Proxmox is considered – Linux guest VMs regularly crash 🙁 Just installed SBC with such CPU and only afterwards noticed full forums of complains. Hopefully it is kernel problem and will be resolved at some moment.
This CPU also has no AVX support, which is required for MongoDB 5.0.

It seems MongoDB on macos and windows isn’t compiled with avx support by default so you can tweak the build to remove the optimization by modifying the “ifnotenv.TargetOSIs(‘windows’, ‘macOS’) and (env.ToolchainIs(‘GCC’, ‘clang’)):” around here: https://github.com/mongodb/mongo/blob/master/SConstruct#L3117

That said, it’s a really nasty project to build so I strongly suggest overriding your distro’s build script instead of going at it manually.

I have yet to see a tiny computer fulfill what I am looking, I am looking for is something close to this size, looking for one that would have 2.1 hdmi output and input, good for 4k+8k media, able to connect a powered hub to support multiple portable HDDs, can support an nvme with 2280 with latest chipsets, on board graphics that beats out Vega, or preferably Tegra X1+, and have Windows on it. I see many RK3588/S maybe able to put Windows arm64, also able to support Android TV is a plus. Many of the RK3588/S are out but… Read more »

Unfortunately the Intel i225 and specially i226-V controllers have had their own share of stability and reliability problems.