We wrote about the low-cost T8-Pro Celeron N5095 mini PC with three HDMI outputs and two Gigabit Ethernet ports last week, but if you’d prefer a model with 2.5GbE networking instead, the Partaker J6412 might be a better, albeit costlier option, with still three displays support (2xDP, 1xHDMI), and three 2.5GbE ports.

As its name implies, the fanless mini PC/network appliance is powered by an Intel Celeron J6412 Elkhart Lake processor, coupled with up to 16GB DDR4 memory and a 512GB SSD, and it features six USB ports, plus an RS232 COM port. 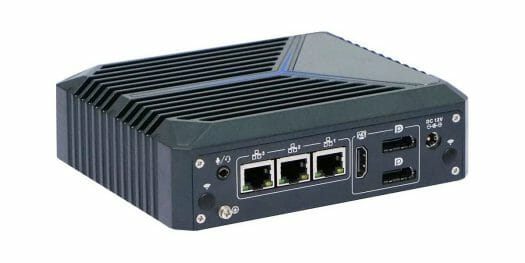 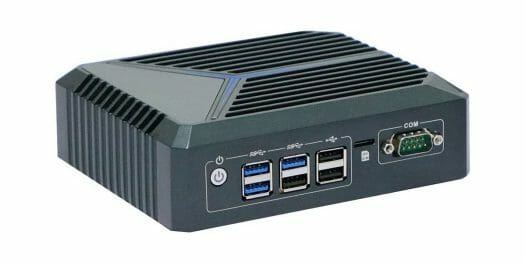 The mini PC ships with a power adapter, a power cord, and a VESA bracket, and it’s mostly sold as a network appliance since the models with RAM and storage come pre-loaded with pfSense. But since we’ve got three video outputs here, it’s also possible to install Windows 10 or Windows 11, or Linux distributions such as Ubuntu. The company also mentions OPNsense and OpenWrt…

We’ve already seen Celeron J6412 Elkhart Lake motherboards with up to six 2.5GbE ports, but the Partaker J6421 mini PC is more affordable with pricing starting at $265.99 on Amazon for the barebone version. The ordering process is rather odd, as one has to click on “See All Buying Options” on the right to be able to add the device to the cart… Note that it ships from China as well.

Can I win this one too? Would love to!! I’m from the Netherlands

Looking at the recent price S.Jobs sandals went for, Jean-Luc’s hat may be worth a pretty penny for a give-away :p I’m waiting to see more of these mini-PC’s adopt 20v/15v/12v usb-C power profiles to compliment their power-sipping attributes. Even with the lifepo4 portable solar generators with 12v-19v charging, usage of an inexpensive USBC to DC trigger keeps sanity with having to carry umpteen different power supplies/AC adaptors. (Not all cheap USBC to DC triggers are equal, but it would be cool to add to your testing setup to test for portable applications with the mini-PC’s when an SBC just… Read more »