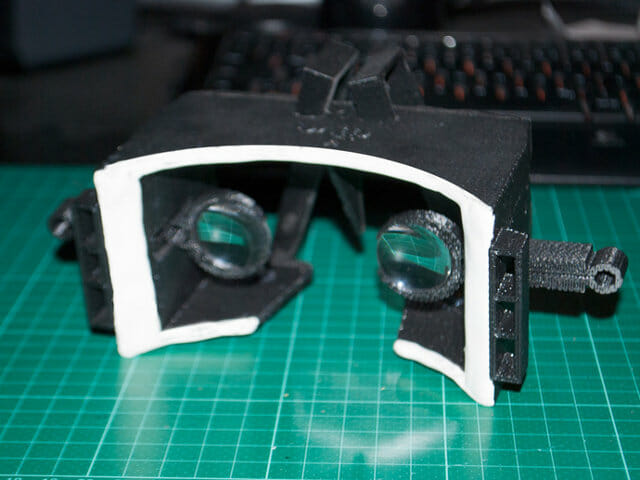 About 10 days ago, I wrote about solution to record and play 360 degrees panoramic videos. One of the itmen was vrAse virtual reality case for your smartphone, and allows you to enjoy immersive 3D experience. If you’d rather do your own, than buy a kit for about 100 Euros, there’s an open source project called OpenDive that does about the same thing, and allows you to play games in 3D. All you need to do is to download the 3D files, print the head-mounted glasses it with your 3D printer, and buy the lense kit (6.99 Euros) to get a complete working system. You may have to modify the design, and adapt it to your phone dimensions. And if you don’t have a 3D printer, somebody provided instructions to do your own by cutting wood or plastic sheets. You then should be able to watch 360 deg. panorama videos, and […] 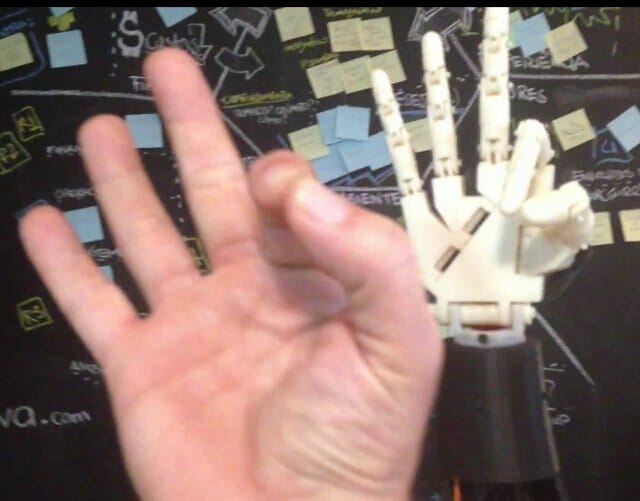 Gustavo Brancante is working on a very interesting project that let you control a prosthetic arm with your muscle movement using open source technology with InMoov Hand (which can be 3D printed), Arduino Uno R3, and Olimex Electrocardiography electromiography shield (SHIELD-EKG-EMG). This is called a Myo-Electric Prosthesis. Gabriel wrote a tutorial to use his “open arm” which I’ll summarize here. On the hardware front, you’ll also need a UDP compatible Wifi Shield configured as a UDP server with a fixed IP in the same LAN as the smartphone, and 57600 bps. TouchOSC (for smartphone and Workstation) is used with the following layout for calibration and feature selection. Finally load the program below to your Arduino board: Once everything is connected together, you should be able to do that: The demo looks impressive, but this is still work in progress, and next step will be to use a four channel EMG instead […] 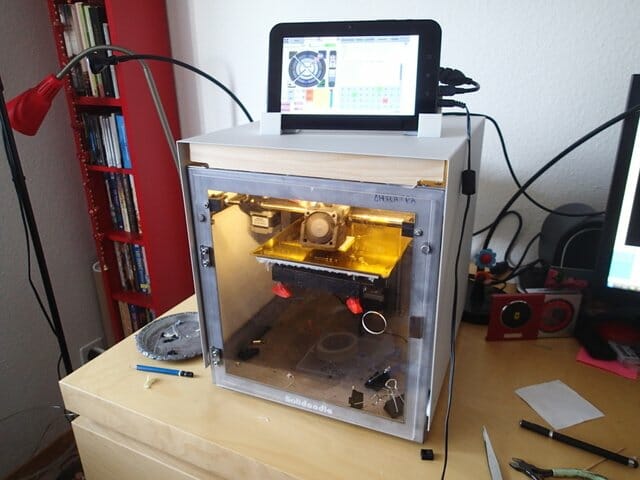 PengPod 700 & 1000 are two of the rare Linux tablets to be available on the market. Those tablets are based on AllWinner A10 SoC which can support both Android and Linux thanks to independent developers. After a successful Indiegogo campaign, where they managed to received pledges for a few hundred units of both model, people started to receive their Linux tablets earlier this year. Francesco Santini decided to purchase PengPod 700 in order to use it as an touchscreen controller for his 3D printer (Solidoodle). He modified Pronterface, a graphical user interface written in Python to control 3D printer, for the 7″ display the of PengPod tablet, and made the change available in his github account https://github.com/fsantini/Printrun-pengpod700. He uses a SAMBA share to copy G-code files (“G-code is the common name for the most widely used numerical control (NC) programming language”), and load the required file from the PengPod […] 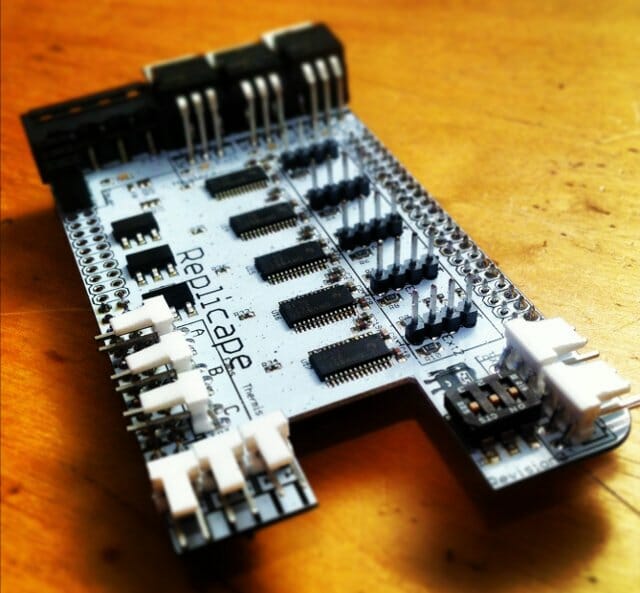 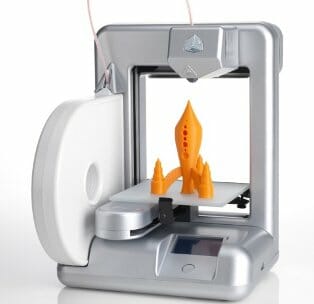 3D Systems was at CES 2013 to showcase their 3D printers, and their online 3D printing ecosystem called Cubify, where you can design your own model, order the object to be 3D printed, which is then shipped to your door. They have 2 printers that are available for the home market: Cube 3D printer ($1,399) Print size: 140 x 140 x 140 mm / Resolution: 200 microns CubeX 3D printer ($2,799 to $4,399) Print size: 275 mm x 265 mm x 240 mm / Resolution: 125 microns. The CubeX can support 1, 2, or 3 printer heads in order to print objects with multiple colors and/or materials. Charbax shot a video with the company, and I’ve learnt quite a few interesting things about 3D printing: It’s been around for nearly 30 years, but only used by the industry until recently. 3D printing takes a lot of time. The small spaceship […]