Gumstix has just announced a new single board computer for Linux embedded development and experimentation.  Pepper is powered by Texas Instruments Sitara AM3359 Cortex A8 processor, and comes with 512MB DDR2, WiFi and Bluetooth connectivity, a 4.3″ LCD touchscreen and more. 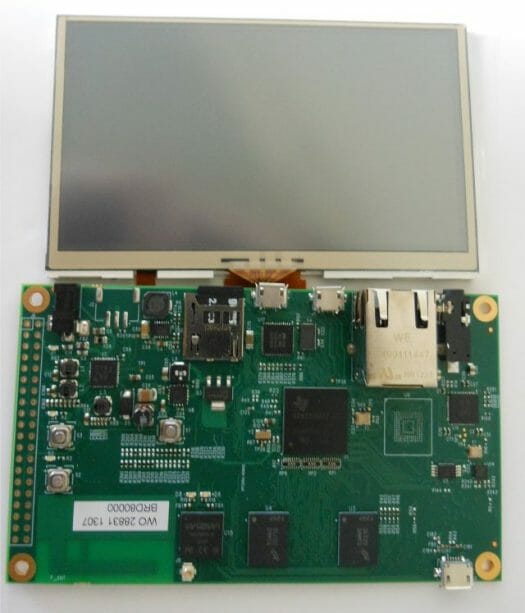 Since there’s no flash, a microSD is used to boot the board. Gumstix provides a Linux distribution built with the Yocto Project which you” eventually be able to download here (the page is pretty empty right now). Documentation for the board is limited at the moment, but will eventually show up on Gumstix’s Pepper page.

Pepper package costs $249, and includes the Pepper SBC, a 4.3″ TFT LCD with 4-wire resistive touch screen, a 5V US power adapter, and a 8GB microSD preloaded with Linux (Yocto build).