After a teaser tweet in July 2012, Jolla officially announced Sailfish OS in November 2012, and today, they’ll announce the first Jolla Smartphone, which is available for pre-order. 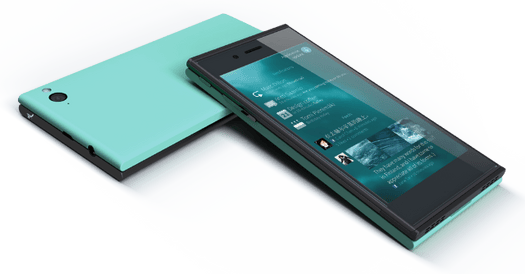 Key features of the Jolla smartphone:

The device will run gesture based Sailfish OS, and you’ll be able to run Android apps.

For a closer look, have a look at the teaser video.

One caveat if that the smartphone should only be available at the end of 2013, and, at the beginning at least, only in Europe. The phone will cost 399 Euros including (24%) VAT, but you can pre-order today via 3 options:

The pre-order options, and specifications are not 100% clear at this stage, but we’ll learn more at Jolla Loveday event in Helsinki later today.

Thats alot of money for a dualcore phone 🙁

@Rohith M
399 Euros includes tax, so if you remove that it’s about 300 Euros ($385), which it still pretty expensive, but maybe not just as much as it first appears.

@Rohith M
Seems a bit much to me too but let’s not forget it will have 4G so it’s probably a cheap and weak dual core. Just because it’s dual-core doesn’t mean it’s weak.
Besides I don’t know if you really need more than 2 cores on a phone if your OS is efficient. Android isn’t that efficient IMO, Jolla will probably be faster.

Too overpriced for startup. If they make android apps support, then two cores are minimal. At the end of 2013, 2-core phones will cost no more than 100$. How about install Sailfish OS on any ARM-based phone? 😉

@Alexander
If they go fully open source it will be possible in theory and there will probably be some people porting Sailfish to some Android phones. It won’t be too easy though even though Android uses a Linux kernel.
ST-Ericsson had some plans for a 2-2.5 GHz ARM 9 SOC which will do nicely even though it’s dual core. I don’t honestly think you’ll need more. And yes it’s a overpriced but it’s something special and I might it just to support Jolla.