Yesterday, Element14 has announced Wolfson Audio Card for the Raspberry Pi which adds multiple audio inputs and outputs to the low cost ARM Linux board, as it has been widely reported in the blogosphere.  I’ve just mentioned it in case you missed it, as instead I’m going to write about a bundle with the Raspberry Pi Model B, lots of expansion boards, cables, and accessories  such as a power supply, or a remote control that can be purchased for $120. It may not be useful if you only have a specific project in mind, but if you want to play around and interface with lots of different hardware, or even offer electronics lessons, it could be interesting. 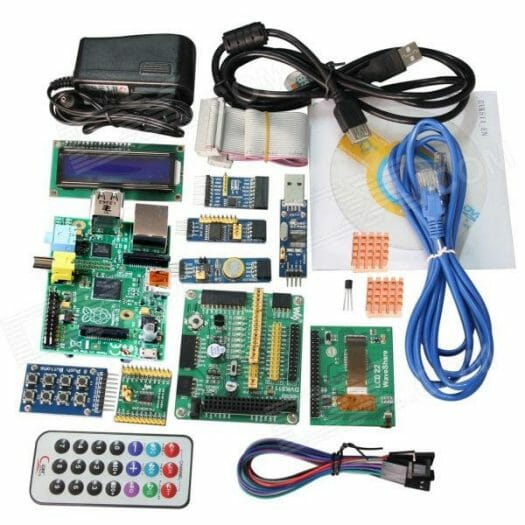 The full kit seem to come from a company called Waveshare Electronics. You can find more details, including high resolution pictures, about the modules found in the package / bundle on the company website.