National Instruments has recently announced NI sbRIO-9651 System on Module (SoM) powered by Xilinx Zynq-7020 dual core Cortex A9 + FPGA SoC, based on LabVIEW RIO architecture used in products such as myRIO, and coming with a complete middleware solution as well as NI Linux Real-Time OS. 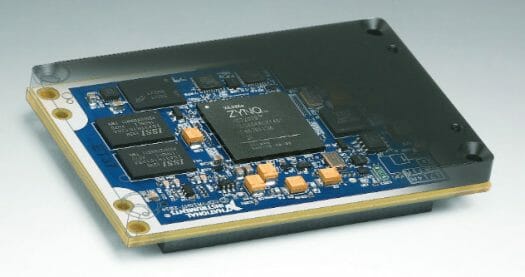 NI SoM is said to integrate a validated board support package (BSP) and device drivers with the MI Linux Real-time OS. And instead of programming with HDL, Labview system design software provides a GUI with functions and IP blocks for both processor and FPGA logic development. There’s also a development kit with a carrier board with Gigabit Ethernet, USB Host, USB Device, SD, Serial, and CAN bus, featuring PMOD connectors to support various I/O modules, and with a digital prototyping area with a selectable voltage level for custom I/O integration. The carrier board design files will be provided for reuse in custom designs. Since the devkit is not available right now, you might have to use compactRIO system to develop with the SoM initially. 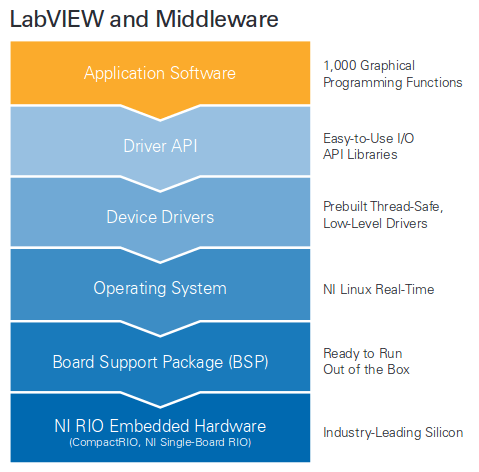 The company did not mention whether NI sbRIO-9651 SoM was available, but we do known it sells/will sell for various prices depending on quantity: $599 for 100 units order, $479 for 500, and $399 for 1000. The development kit with the module, baseboard and heatsink will ship in December 2014, but price has not been disclosed at this stage. Further information can be found on NI sbRIO-9651 and corresponding development kit pages.