Several Freescale i.MX6 development boards have gotten a KitKat treat this month with the release of Android 4.4 firmware and SDK. The boards involved include Wandboard Solo/Dual/Quad, as well as Solidrun Cubox-i boards, and the Raspberry Pi like HummingBoard. 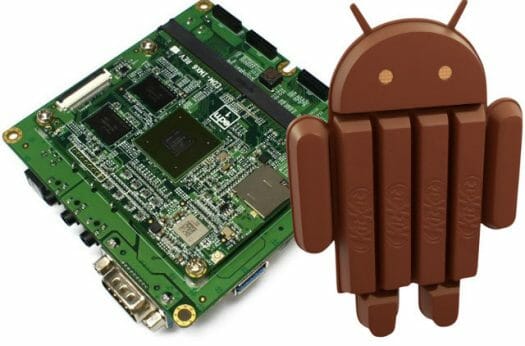 Thanks to the “magic” of device tree, a single firmware image is now provided for all the boards provided by a given company.

For Wandboard Solo, Dual, and Quad:

Hopefully, Freescale can become a nice provider of Android-based hardware. They are on the right path: XBMC almost has hardware accellerated video playback for Freescale i.MX6:
https://github.com/xbmc/xbmc/pull/5202

Boundary devices also released a Android SDK and image for their Nitrogen6 Max/Lite boards.
It may also work for SABRELite.