Nvidia announced their latest Tegra X1 processor at CES 2015 earlier this week, and after showcasing it’s computing and power-saving capabilities, the company focus on its applications: automotive dashboard and driverless cars. Nothing about tablets, or gaming consoles, probably because these two are more cost sensitive than the automotive market. But finally, we’ll see at least one tablet powered by TX1: Nabi Big Tabs. I say “tablet”, but at 55″ to 65″, it’s more like a TV with a touchscreen… 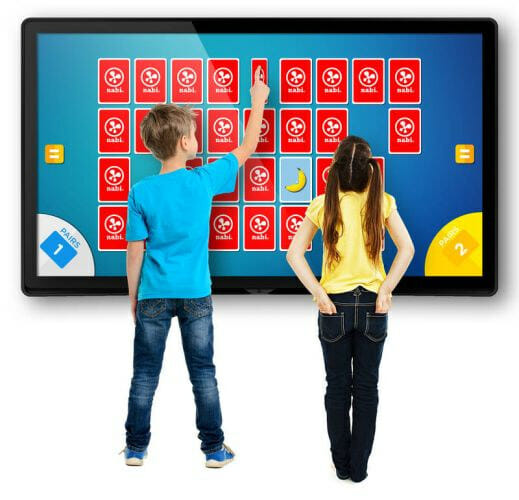 Fuhu actually announced four TV sized Big Tab XL tablets. The “small” ones with 32″ and 42″ FullHD displays come with a Tegra K1, while the larger ones (55″ and 65″ / 4K UHD) are powered by a Tegra X1 processor.

Here are some of the specs for the tablets: 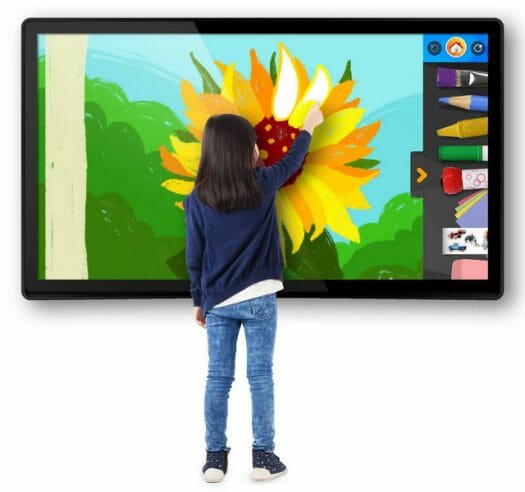 The demo model at CES 2015 is running Android 4.4, but the retail version will features Android 5.0 instead. In case the picture above did not provide enough clues, these are marketed as kids tablet, and the company’s Blue Morpho OS with over 400 games, educational and artistic apps help achieve this goal. It will be fun to see apps supporting 8 hands…

Fuhu’s large tablets are expected for Q4 2015. Prices have not been disclosed yet, but should be slightly above equivalent televisions.

Via PCMag and Liliputing