Android 5.0 (Lollipop) was released on last October, together with Motorola Nexus 6 phone running the latest version of the operating system. Since then some other global brands like Samsung, HTC, or Sony have ported Android 5.0 to some of their devices, but it’s currently pretty hard to find a Lollipop smartphone on Aliexpress made by low cost Chinese manufacturers. ZTE Blade S6 is one of the first “Chinese” smartphone boasting Android 5.0, so let’s have look. 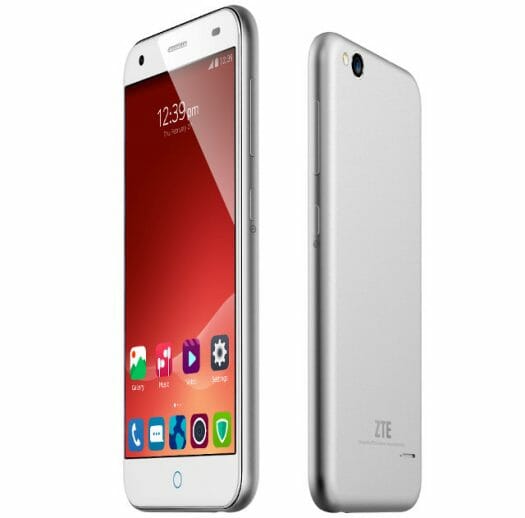 The phone ships with the battery (nice…), a USB cable, a user’s manual, and a power adapter.

Some reviewers in the US got the phone, including Liliputing (hands-on for now), and Android Authority (full review). The latter gave it a positive review and score (8.5/10), with the only downsides being the “uninspiring design and questionable build quality”. The phone gets about 28,000 points (unverified) in Antutu 5.6.

In the press release, ZTE mentions “The retail price for the ZTE Blade S6 is $249.99 US. ZTE Blade S6 will be available online globally on AliExpress, and with Amazon and eBay in selected markets”. It’s also available on GeekBuying and GearBest for the same price. GeekBuying told me it’s already in stock. [Update: Use coupon ZTES6 on GearBest to get it for $220]

China Will Pay Most for Qualcomm Fine – http://www.bloombergview.com/articles/2015-02-11/china-will-pay-for-huge-qualcomm-fine