CSQ CSW9 is an Intel Celeron J900 based mini PC with a 500GB HDD that normally sells for a little over $200 on Aliexpress once shipping is included. But today, as I found a list of Geekbuying Coupons via Google+, I noticed the device was listed on Geekbuying as VX2, and both Celeron J1800 and J1900 versions were available for respectively $179.99 and $189.99 after applying MYMVECMY coupon, which looks like a decent deals since a 500GB 2.5″ SATA drive costs about $45. 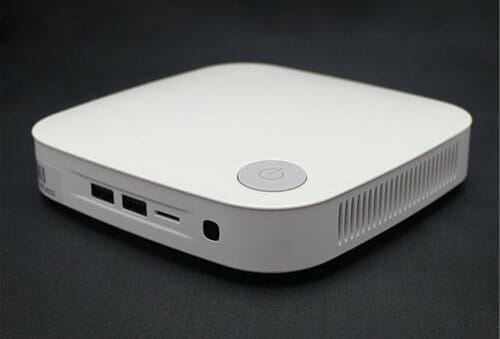 Specifications listed on Geekbuying are mostly the same as for CSQ CSW9 except some difference highlighted in bold or stricken-through when removed: 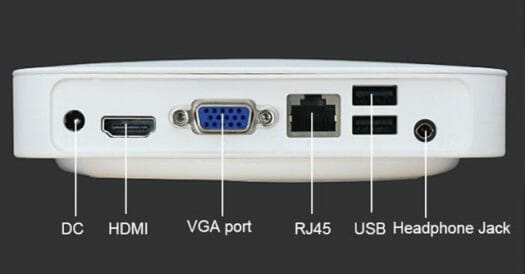 The computer only ships with its power supply, is said to come with Windows 8.1 pre-installed (likely without proper license), and the company claims Android & Windows 8.1 Dual Boot, Ubuntu, Fedora, etc.. can also be installed.

power consumption idle/load would be quite interesting

And would like to know WHICH gigabit LAN chip (Realtek please)… or actually which 10/100 chip too!

Those vents on the side make me suspect this has a fan – fail.

I’ve said this before but I’ll say it again. Having installed and tested of course Windows on a Celeron J1800 I must say it really has an appalling performance in Windows 8.1. Maybe if you install some light weight Linux or something this would be usable but there’s better stuff out there for sale. There’s some fanless mini PCs using Celeron CPUs based on the core architecture that would be a much better choice and the price is about the same. For a bit more money you could also get a fanless I3 miniPC which would really put this thing… Read more »

And they’ve also added some free gift I did not see yesterday like HDMI cable, TSM01 air mouse, and xiaomi earphone…

@toni
That one is interesting too, but lacks hard drive (replaced by 64 eMMC). It’s not really fair to compare price with taobao since shipping to overseas is not included. I think we need to add 10 to 15% to the price for a fair comparison.

The manufacturer may be Thread Technology: http://www.thdtek.com/product-detail/3770.html