RaidSonic is a German company releasing products such as media players and multimedia accessories under their ICY BOX brand. One of those products is ICY Box IB-MP401Air music streaming received based on Atheros AR9331, and that looks very similar to SoundMate M2 I reviewed last year.

But if you look on their product page, you’ll find out a few download links: 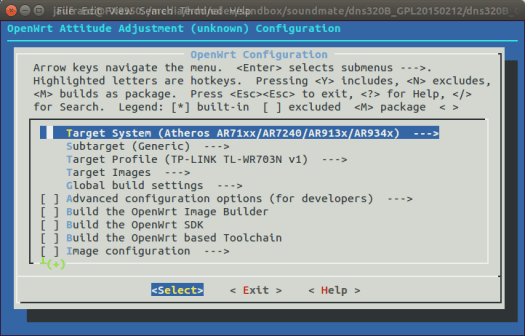 The file showing how to build the firmware (OpenWRT) explains you should not use a newer Linux distribution:

It might build better on older Linux distributions, although you may still have to be ready to fix build errors on the way.

Thanks to dhead666 for the tip. Via OpenWRT Forums.

Also, beware: an old OpenWRT release will use old software that may have security breaches (e.g. see https://dev.openwrt.org/ticket/16871 )

@Harley
It doesn’t have a display (as far as I can see), what good would Kodi be?

@Tired_
Team Kodi are working on working on a Headless (“Server”) version of Kodi.

Headless version of Kodi can act as a media server and hi-fi music player.

Just got hold of such a device, unfortunately AirPlay stutters. Not sure of any other uses, though.

The URLs to get the firmware (sources) are dead, too :/