Tizen may not be overly used in devices, but there has been ports of the operating system on various ARM platform, mostly development boards, powered by Allwinner, Rockchip, Freescale SoCs, and more… Seeing the popularity of Raspberry Pi 2 Model B, Samsung Open Source Group decided to port Tizen to the latest version of the hobbyist board. 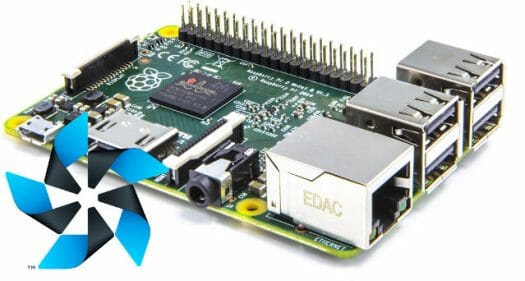 The full instructions are rather long, and provided in the link above, but the main steps – using a Linux based computer – can be summarized as follows:

Don’t try to build the image on the Raspberry Pi 2 itself, as it may take a long time, even possibly over a day, if it can build at all.

Let’s hope this means that we finally get a official Kodi/XBMC port to Tizen OS soon!

I think that one of the reason why it’s not merged upstream is that Tizen OS was not running on a popular enough platform so that the Team Kodi developers do not have access to the hardware and thus have no interest in porting Kodi to it themselves.

@Harley
base on
http://git.s-osg.org/meta-raspberrypi.git/log/
they have EGL/OpenGL and omxplayer packages
And as far as I know kodi use omxplayer for video playback

@m][sko They explain the choice of Yocto over GBS, because GBS would be slower: Building Images on Tizen Currently, as described on the Tizen Wiki, there are two ways used to build a Tizen image: Via GBS: The “traditional” way, which requires setting up a GBS server to compile several packages Via Yocto: The “new” way, which uses OpenEmbedded bitbake recipes to generate the image. This can easily be done on a user’s machine, provided a good Internet link is available. GBS would require a lot of time, and we would need to allocate a dedicated build server, because of… Read more »

@Jean-Luc Aufranc (CNXSoft)
I recall they were using OBS.
Yocto in no way is fast to build, maybe OBS is too slow then.

They’ve also release the image @ http://files.s-osg.org/tizen-on-rpi2/
So it’s easier to try now… Just dd it to a micro SD card