We’ve been able to run Ubuntu on Intel Atom Z3735F mini PCs, as well as other Linux distributions, for a while, but with an important caveat: HDMI audio would not work, so instead you had to use an external USB sound card to get any audio. Luckily the problem seems solved, as Linuxium has now released a script (audio-wifi-minix-neo-z64-release.sh) and relevant files that will  patch your system to enable HDMI audio, and WiFI on MINIX NEO Z64W running Ubuntu. 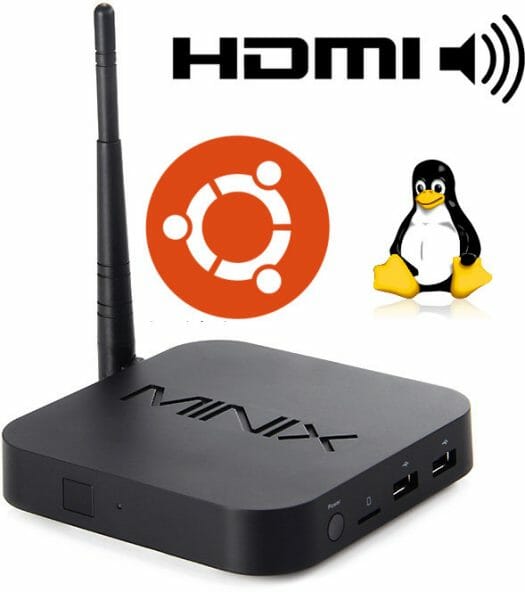 It works on MINIX NEO Z64W, but I don’t see why it could not easily be adapted to any other Intel Atom Z3700 platform, you’d just need to patch the Linux kernel (3.16) and re-built it.

Also on meegopad all is working. Look the link in the comments under the post of linuxium when he say that bricked the meegopad.

Could you please post a step by step on how you did it? Thanks for the info.

on sunchip CX-W8 works only the wireless, audio is’nt recognized.

Is this something that will land in Linux itself or in distributions?

would this work on openelec I have a pipo x7s