PiPo used to the mostly know for its low cost tablets, but then they started launching ARM based mini PCs, and followed with x86 mini PCs such as the popular PiPo X7. Netbook Italia found out the company is now working on a new HDMI TV stick that will run Windows 10, but they must have run out of “lucky” names because the product will apparently be called PiPo X1, a name they already used for a Rockchip RK3188 TV stick… 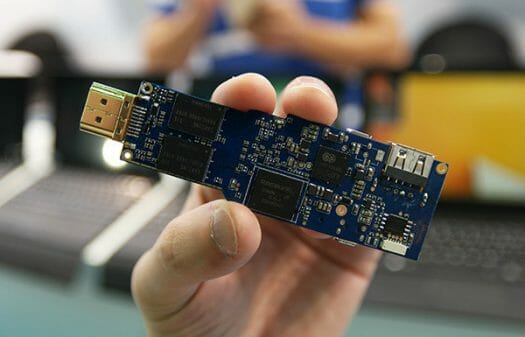 The hardware is not really interesting, as it has basically the same specs as the other Bay Trail-T sticks on the market:

Beside the Windows 10 version of the stick, PiPo also plans to release a dual boot version with Windows and Android.

In case you don’t care about Windows sticks, and would rather run a fully working Ubuntu on a Bay Trail stick, but Intel Compute Ubuntu with 1GB RAM, and 8GB flash does not cut it for you, Ian Morrison (aka Linuxium) recently provided an ISO image for the Compute Stick (Windows version) with 2GB RAM and 32GB flash.

What’s the going price for a Z3735F in Shenzhen? Guessing from the prices for STBs I see, around $20? Nobody has them listed for sale.