Systems with the latest low power Intel Braswell processors are starting to hit the shelves, and after ASRock Beebox, some Braswell laptops, Intel Braswell NUCs, and some ASRock motherboards, here’s another Braswell mini PC with Gigabyte BRIX GB-BACE-3000 based on Intel Celeron N3000 dual core processor. 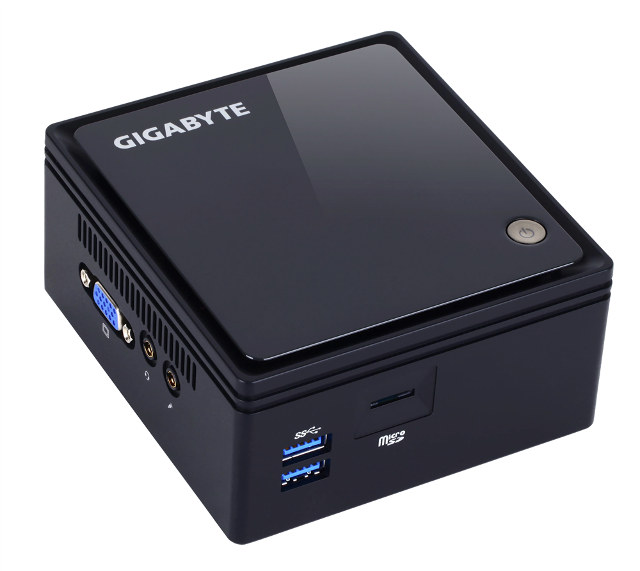 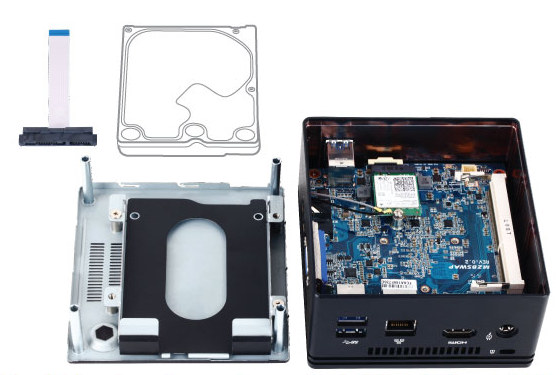 The mini PC kit also includes VESA bracket for 75×75 and 100x100mm systems, and the company claims support for Windows 7 and 8.1 64-bit, but as we’ve previously seen Linux distributions should also run on such hardware.

The company has not released pricing nor availability information so far, but considering Intel NUC with Celeron N3050 processor sells for less than $140, Gigabyte BRIX GB-BACE-3000 will also be in that price range or slightly lower. You’ll just need to add an hard drive or SSD and memory as needed.

But should one just be patient and wait for the Skylake version in 6-9 months time?