The first Pebble watch with a black and white e-Ink display and Bluetooth for smartphone connection launched in 2012 via Kickstarter, and it  became one of the most successful crowdfunding campaigns so far. The watch can now be purchased for $100, but Focalcrest, a startup based in Shenzhen, designed Mixtil GENA development kit with similar features and user interface, although with different electronics components, that goes for $34 on Tindie. 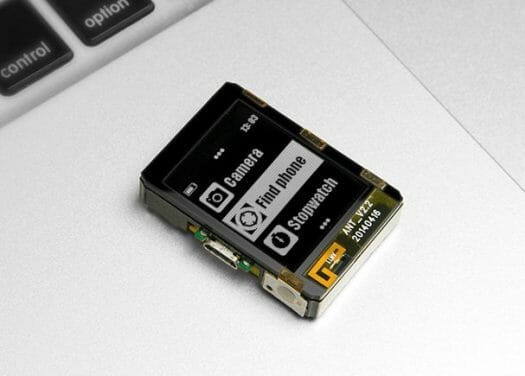 The company uploaded a video showing how to use the kit with an iPhone, that includes Bluetooth pairing, music control, camera control, notification, and fitness tracker function. Android support is also planned.

One major downside for a development kit however is the lack of documentation, and SDK, but this should eventually come online with JavaScript and Open API. Mixtile GENA actually launched on Tindie on July 8th, and a few people bought the device despite the lack of documentation and API, wrongly expecting relevant documents to be released by the time they receive it. One developer already published his first impressions about this “development” kit.

Looks interesting – Anybody know what the screen resolution is?