Intel unveils their plans for Atom X3, X5 and X7 processors last year, but so far we’ve mostly seen devices with Atom X5 processors.  The lowest end Intel Atom processor, namely X3-C2101 “Sofia” dual core processor, with an ARM Mali-400MP GPU and 3G connectivity did find its way into Teclast X70 3G tablet that is now selling for $64 and up retail (but there’s a deal on Geekbuying for $45.99), and a company called Bmorn is about to launch their W4301 smartphone based on Intel/Rockchip X3-C2101 SoC for just $34 ( factory price in quantities), but I think the retail price should be around $60 including shipping. 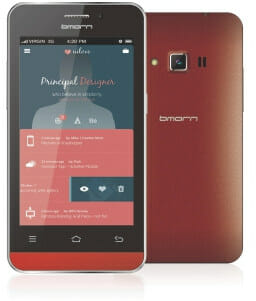 The phone runs Android 4.4, but I understand Android 5.1 Lollipop will be used once the phone ships. There’s little information about the phone right now, but you can still go to Bmorn W4301 product page, and/or watch Charbax video below about this phone, and other products from Bmorn.

If the SoC can be had for such a low price, it could be suitable for a 3G IoT board too.

No offense, but in my opinion even at this price it is a waste of plastic and other materials.

i have always wonder about the cpu performance difference between atom x3 and arms cortex a53,

@RAF
i agree that its a paperweight , compared to other phone @ that price range
Bluboo Xfire offer better hw (on paper at least,like bigger screen, better camera, cpu?, gpu, 4g, mali-t720) and only cost $5 more.

Does anyone know where to buy such one from?

@Fossxplorer
I can only find tablets with that processor, and Android 4.4 only. http://www.aliexpress.com/af/x3%25252dC3130.html

Only a few $50 smartphone with Android 5.1. Doogee X3 might do it: http://www.aliexpress.com/wholesale?shipCountry=TH&shipFromCountry=&shipCompanies=&SearchText=android+5.1&exception=&minPrice=&maxPrice=50&isFreeShip=y&isFavorite=n&isRtl=n&isOnSale=n&isBigSale=n&similar_style=n&similar_style_id=&isLocalReturn=n&CatId=0&g=y&initiative_id=SB_20160117204819&isAffiliate=y&needQuery=n&isOnlyAffiliate=y

I have not checked if the info was correct though.