When I wrote an article about H.265 and VP9 video encoding, I noticed only the second generation Maxwell Nvidia Graphics would support H.265 decoding (up to 500 fps) and HDMI 2.0 output, a few weeks after purchasing a first generation Nvidia GTX750 GPU… So when GearBest contacted me about Graphics cards reviews I said I would be interesting in HDMI 2.0 and H.265 capable graphics card, which I meant I had to get a card with Nvidia GM20x chip with the cheapest being GTX960. So the company agreed to send me Maxsun MS-GTX960 graphics card matching my requirements for $240.04. I won’t use it for gaming at all, but instead I plan to use the card to evaluate Kodi 16.x 4K H.265 and VP9 support and compare video performance to the cheap and low power Amlogic S905 TV boxes on the market, as well as try out H.265 video encoding, as it should speed up the process by up to 50 times compared to software only encoding. But first, I’ll show a few pictures of the GPU, and installation process that a little different from lower-end cards.

I received the box via DHL, and was surprised by the rather large size of the package, and that I did not have to pay any custom duties for this type of item… 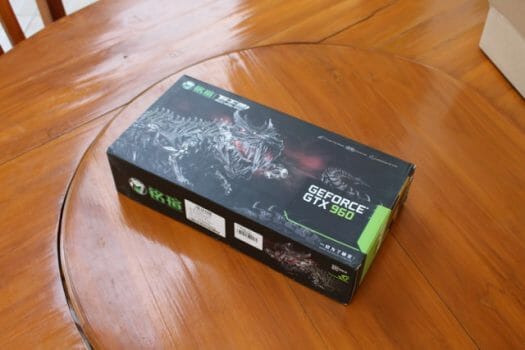 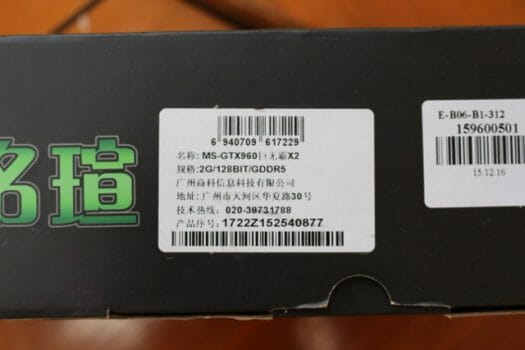 The graphics card does look quite large and includes with two cooling fans. 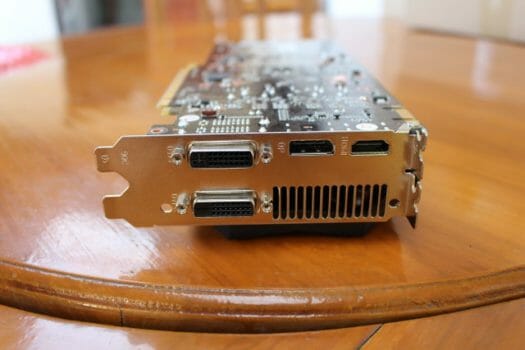 There’s also a DVD or CDROM included with the graphics, but I did not checked it out, as the latest drivers are usually available online.

This is what my previous Kodac GT750 card graphics card looks like when installed in my PC. 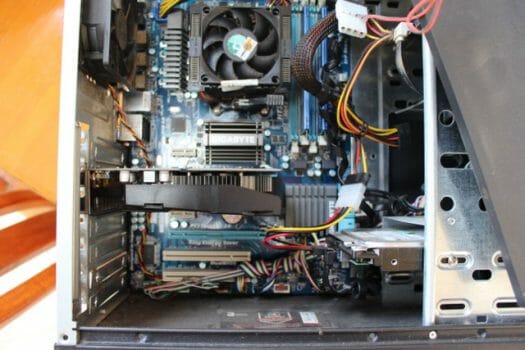 I’ve taken it out, and comparing it to GTX960, I was worried it would not fit due to its much longer length. 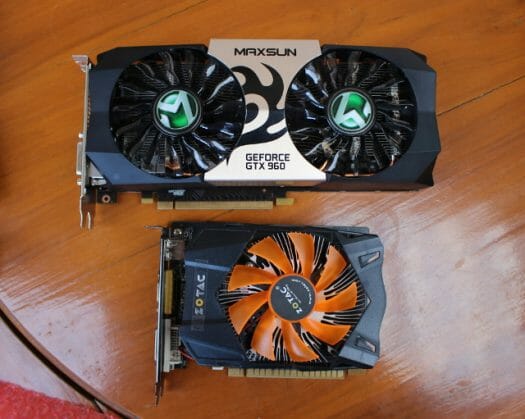 While there ere are more ports, there’s no VGA output, so I’ll have to find a DVI cable for my secondary display. Not a big deal. 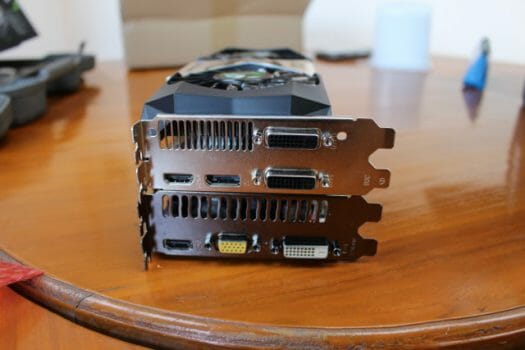 I was relieved when I realized the card would indeed fit into my computer, albeit it’s now pretty tight with my hard drive. 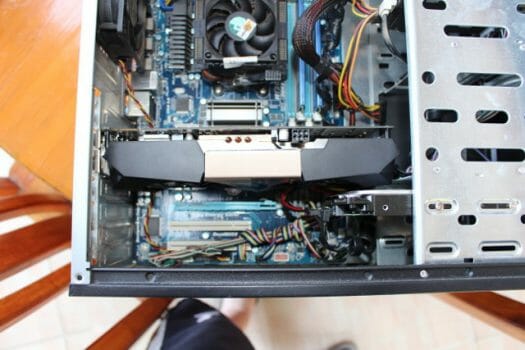 I also noticed a 6-pin connector on the top of the card, and after a Google search, I found it was to provide some extra power required for this type of card, and my power supply had this type of connector. 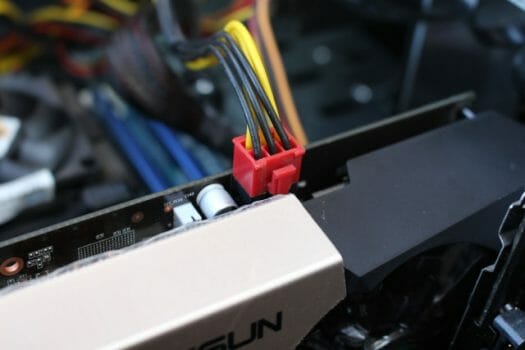 All good, I tightened the card with a screw, put all back together, and having upgraded from another Nvidia graphics card, the card was automatically recognized in Ubuntu 14.04, and worked out of the box. 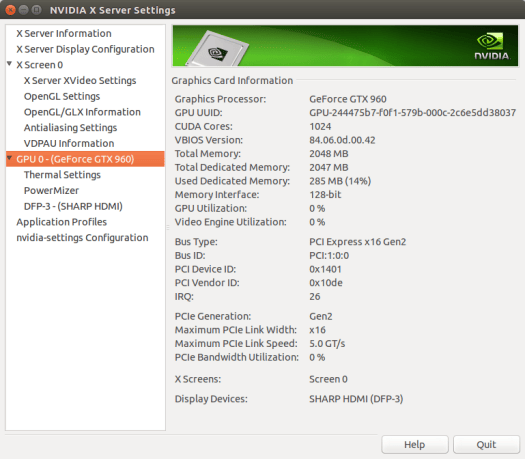 Merry Christmas to all!!!

That a big a$$ card lol but it’s same for all the new gen cards..mostly they’re all like that 😀

Hi! So, we’re waiting to know how this card works with Kodi and H265 !!!! And it worth, compated to an Ubuntu/Linux/Android tvbox based on a SoC (AmLogic, etc.)

plz, try it with a large majority of softwares including MEDIACODER and FFMPEG with DVXA2 hardware accelatation option enabled, in fact they are very few software that enable the hadware acceleration of the DECODING and ENCODING processes in the same time to achieve the MAX speed
also there is no encoding android app with hardware accel to compare with, the only one I found is this https://github.com/ypresto/android-transcoder but the build failed :p and it’s h.264 only but you should give it a try, may be you will be more lucky than me 🙂

@Gaetano
it worth it for sure, nvidia has the best HEVC 10bit 4k decoding for the moment hands down, but the price is a little steep for a media center card

How many channels you can encode ? 2 ?

Please when you’re doing the h.265 encode compare it against a regular cpu only encode; I find that sometimes the GPU encoders do funny stuff to get better performance at the cost of quality.

@Virgis
Do you mean like encoding multiple real-time video streams at the time? I’m not sure.

@Virgis
Which software are you using for transcoding? ffmpeg?

According to NVENC specs there is a limit for number of simultaneous encoding threads. GeForce cards are limited by 2 streams.

It’s not a software limitation.

@Virgis
Many product names I’m not familiar with at all in that thread… Some people are claiming that it might be a license issues on NVENC SDK with the number of stream limited to 2 max for GeForce cards.

Hi! Does this card support SLI? And directX12? Is it worth buiyng? I was thinking of buying two of them with my fx8350.

@Nicols
I don’t know the answer to your questions, try to ask on GearBest page.
I’ve only been using the card for H.265 video encoding (OK), and to test Kodi Linux with a 4K TV (not OK, with green lines on the side maybe due to the drivers).

Thanks for your answer. What do tou ssay about that graphic card, by your exprerience? Is it totally crap or?

@Nicolas
I’ve been using it everyday but mostly for desktop use with Ubuntu 14.04, and I have not had any problem, except when I tried to switch to 4K resolution. It should have performance similar to other GTX960 cards in Windows and games.

I could not get any output from the card this morning, so I went back to my GTX750 card. It lasted about 10 months…