PIPO has a line of products that few others companies have. They are not really simple mini PCs, not really tablets, and not exactly panel computers, but some mixture of all three. They started their mini PCs with tablet display with PIPO P8 model featuring a Bay Trail processor, and they now have an upgraded version called PIPO X9S that features an Intel Atom x5-Z8300 processor with 4GB memory, 64GB eMMC flash, and a 8.9″ display, and is itself upgrade over PIPO X9 featuring less memory and storage, and an Atom Z3736F processor. 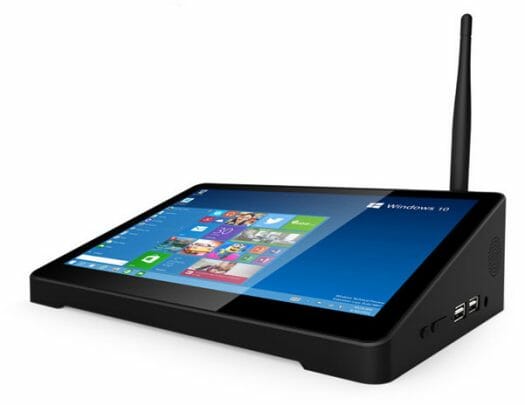 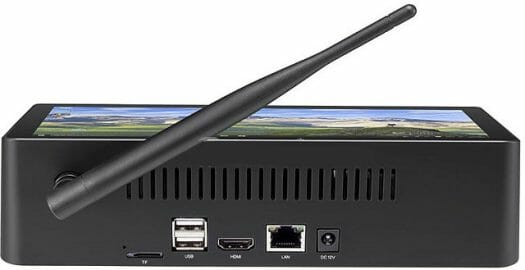 The device runs Windows 10, and I assume that version is activated since Windows is free for device with a display smaller than 9″, which could be why PIPO is making this kind of device. It ships with a power adapter and a user’s manual.

PIPO X9S is currently up for pre-order on GeekBuying for $199.99, but you can lower the price by $15 with 15ESPIPOX9S coupon, bringing it to $184.50. If you like the processor, memory and storage options, but could care less about the display, PIPO X6S might be a better option for the same price (before coupon), as it adds one USB 3.0 port, an internal SATA bay, faster WiFi, and one extra Ethernet port. I’d also not rush pre-ordering PIPO X9S as it’s scheduled to ship on March 15, 2016.

From where can one download the last firmware upgrade for the X9s?

is corrupted, so the others are useless. Does anyone know another place for that?

This model iswdelivered with major software problems. The touch screen was not working on a new unit and Win10 upgrades refused to download. After manually installing last Windows upgrade, repeatedly blue screens and WDF_VIOLATION error code (and a few others). And reboot. Only chance – eventually – to make it work would be a solid, well done firmware upgrade – but nowhere in sight a workable, downloadable one… Anyone out there knowing such a place? Mail me. [email protected]

@Gheorghe:
See this forum for a lot of useful Pipo info: http://freaktab.com/forum/tv-player-support/intel-based-tv-players

And also read the Pipo X7 section (similar device but with no screen) for ‘first things you should do’ and other tips.