Ubuntu 16.04 Long Term Support (LTS) release of the popular Linux distribution is scheduled for later today. The release codenamed Xenial Xerus will feature ‘snap’ package format, LXD pure-container hypervisor, and be the very first release with support for converge with IoT, phone, desktop and server versions running on the same base. 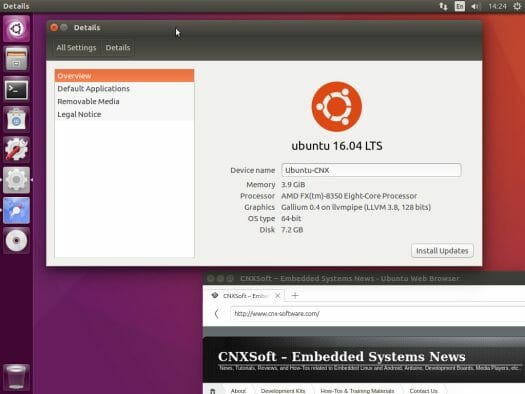 Some of the key changes listed by Canonical include:

Ubuntu 16.04 will also run updated version of packages with Linux 4.4, Python 3.5, OpenSSH 2.0, PHP 7.0, MySQL 5.7, etc.. More details about the changes can be found on Xenial Xerus release notes. I’ve also noticed the system recommends apt instead of apt-get when a command is not installed.

Since an LTS release is now supported by 5 years, Ubuntu 16.04 will get updates at least until April 2021.  If as I do, you are Ubuntu 14.04 LTS, there’s no rush to update, as support will only end in April 2019, and you won’t actually be notified of the upgrade until Ubuntu 16.04.1 release in July. But if you want to upgrade manually later today, open a terminal and make sure the system is up-to-date.

and then run the update manager:

which should inform you if Ubuntu 16.04 is ready to be installed.

If instead you’d like to install from scratch, you should be able to download the ISO and flash it to a USB drive or DVD drive. Canonical also used to sell Ubuntu installation DVDs, but OMG Ubuntu reports that Ubuntu 16.04 is the first release for which an official installation DVD won’t be sold, and instead the company is selling a bootable USB  drive with Ubuntu 16.04. 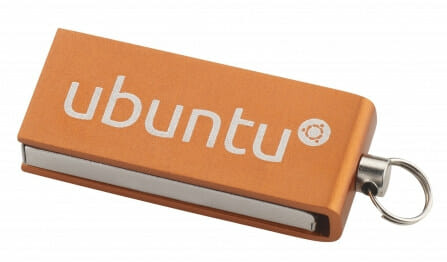 Ubuntu has been trying to “converge” with just the cell phone for years, and it’s still a disaster. And now they want to “converge” with the IoT and everything else too? This is just plane dumb. When it became painfully clear nothing good would ever come from it, Ubuntu’s “Unity” interface drove me away to Mint Cinnamon and Kubuntu instead.

I also lost interest in Ubuntu some time ago. I prefer Debian (GNOME) and Mint (Cinnamon).

@Drone
Same here. My primary miff was the Unity interface. I soon discovered Manjaro Linux (Arch Linux based) and have since stuck with it.

The main problem with ubuntu is they never fix bigs, even Ith big reports and solutions. They wait that debian deb fix it. But as debian user usz stable aka not thz same packagwes, they merely never report for big tjat cpule impact more recent stablebubunti package (aka in unstabe state at debian). Else that’s fine yo install quiclly a base systzm. Manjaro is good too for this as more ecent packages anf quicker bug fixes. I have personnaly xubuntu/plain archlinux dualboot. On x86 box and only arch on arm box/latop.