Dropbox stores billions of images on their servers, most of them JPEGs, so if they can reduce the size of pictures it can have a big impact on their storage requirements, so the company developed Lepton image compression, which – on average – achieved 22% lossless compression on the images stored in their cloud. 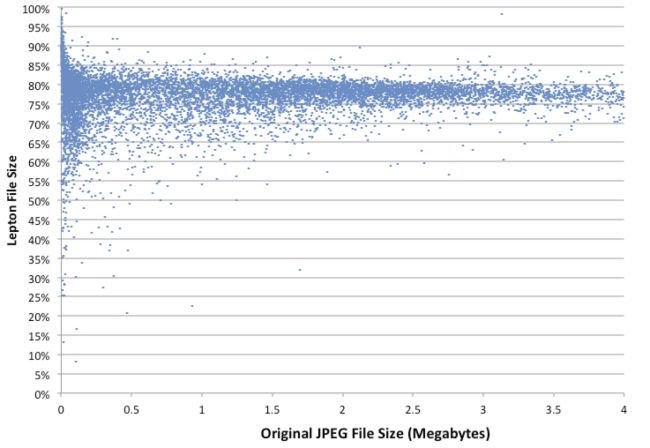 The good news is that the company released Lepton implementation on Github, so in theory it could also be used to increase the capacity of NAS which may contain lots of pictures. So I’ve given it a try in a terminal window in Ubuntu 14.04, but it can be built on Windows too with Visual Studio:

If everything goes well for the last step, all tests should be successful:

I also installed it in my path with:

Now let’s go to some directory with photos I took with a DSLR camera:

44 pictures totaling 264 MB. I’ll compress them all, but first, let’s try with one to check the size difference and see if it is indeed lossless.

Now let’s uncompress the file and see if there’s any difference:

The diff did not generate any output, so the compression is indeed lossless.

Time to compress all 44 photos:

I did so on a machine with an AMD FX8350 processor, and 8 cores were used during compression. The command took 5 minutes and 8 seconds, or about 7 seconds per picture. What about the size?: