Retro gaming appears to gaining momentum in 2016, with projects like Dreamcade Replay, or even PocketCHIP, and well as more powerful Windows 10 portable consoles like GPD Win (real) and PGS Portable (maybe not so real) capable of handling old sort of game emulators, and Windows games released 3 to 4 years ago. But Nintendo has decided to join the fray, and released NES Classic Edition game console, a smaller version of Nintendo NES, compatible with recent TVs thanks to its HDMI output, and loaded with 30 classic games. 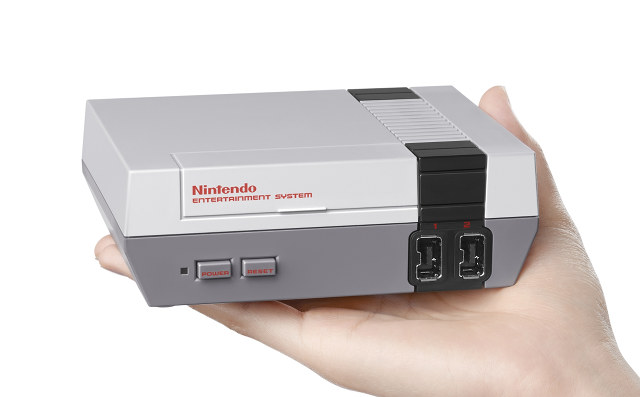 The full technical details about the device are not known, but the console with ship with an HDMI cable, and well as a game controller. Super Mario Bros., The Legend of Zelda, Metroid, Donkey Kong, PAC-MAN, and Kirby’s Adventure are among the 30 NES games pre-installed. (Full list in the press release).Sadly, there’s no cartridge support, nor SD card slot or USB ports, so you can’t install extra games,. and there’s no Internet access either. You could probably play all those 30 games on by running emulators on low ARM Linux boards, but you’d miss out on the retro case design and game controller.