Yesterday as I wrote about the Embedded Systems Conference 2017 schedule I came across a potentially interesting talk entitled “Building A Brain With Raspberry Pi and Zulu Embedded JVM” by Azul Systems that will explain how to build a brain emulator using a cluster of Raspberry Pi boards. I wanted to find more about it, but I have not been able to find any details about the project/demo at this stage. However, I could still learn a bit more about Zulu Embedded, which is said to be an open source Java Virtual Machine based on OpenJDK, compliant with Java SE standard, working on 32-bit & 64-bit ARM & x86, MIPS, and PowerPC, as well as  multiple operating systems. 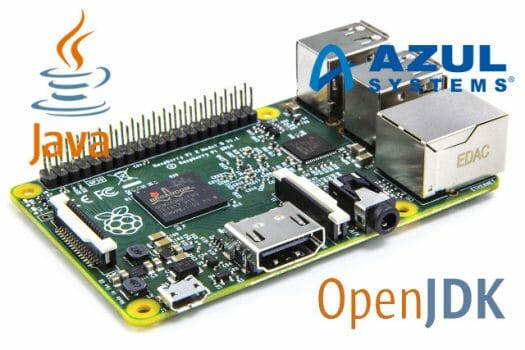 Some of the key features of Zulu Embedded include:

Some of the advantage of Zulu Embedded is that it is 100% open source released under GPLv2 with Classpath Exception (I could not find the source code however), and fully certified and compliant with OpenJDK community technology compatibility kit (TCK) from Oracle.

Zulu Embedded is free to download for ARM Linux 32-bit (hard and soft float), and x86 Windows & Linux 64-bit, as well as x86 Windows 10 IoT Core 32-bit for MinnowBoard MAX. You’ll need to contact the company for other configurations.

It’s been used in program such as openHab 2.0, which replaced Oracle JDK with Zulu Embedded JDK, since it can be freely redistributed (no licenses required), and performance and stability feels exactly the same according to comments on Github. One person explained how to install it on the Raspberry Pi board (note: early access program is not needed anymore, since the binary has been publicly released), and the installation procedure is just the same as with OpenJDK.

You can visit Zulu Embedded product page for more information.

No Oracle in sight.

Very nice. I’ll be trying on my RPI 3 system soon

I did see a comment about java debugger support missing in the comments on the page about installing on the raspberry pi. I’ll have to go down that road and see what the implications are.

Running Eclipse on top of it and other tools will be interesting.

The town where I live has Manchester University and the SpiNNaker

Not Raspberry Pi but informative in general is this https://hpluspedia.org/wiki/Whole_Brain_Emulation