While there are many models of TV boxes on the market, there are only a few companies that will provide firmware updates over time for their products. Two of those companies are WeTek and Ugoos, both of which recently released Android 6.0 Marshmallow firmware for their Amlogic S905 TV boxes. 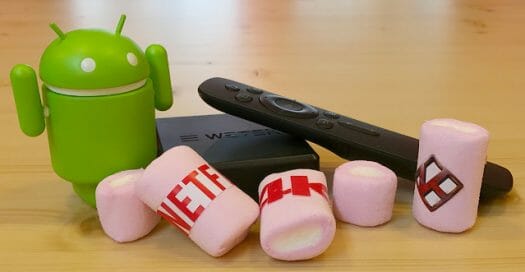 I actually reported about WeTek working on Android 6.0 for Hub TV box last year, but at the time it was still a beta version. The company has now released weOS 3.1 firmware with Android 6.0 for both WeTek Hub and WeTek Play 2 with the following changelog:

Most people can get the updates via OTA, but in case you need to manually install weOS 3.1, the firmware can also be found in the forums. Note that you can’t go back to Android 5.1 after upgrading to Android 6.0.1. 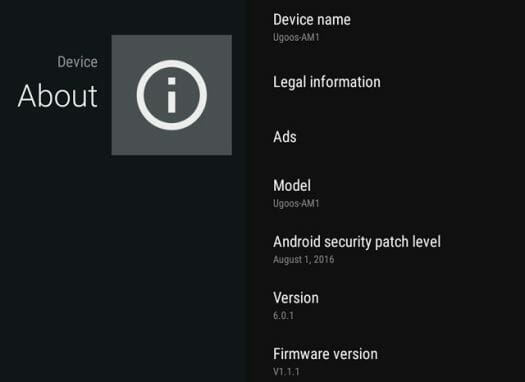 WeTek was not the only company to announce an update to Android 6.0, as Ugoos has just released firmware v1.1.1 for their AM1 and AM2 models with the following changelog:

It’s unclear whether the Android 5.1 to Android 6.0 update is available via OTA, but the company did release firmware files for both TV boxes in the blog post.

I’m not impressed because bought the first-generation WeTek Play and never got a Android 5.0 update.

WeTek as a company lost my support after abandoning the first-generation WeTek Play so quickly.

Have since bought a Nvidia Shield TV an there you can be implesses with its firmware updates.

The only reason to pay top dollar for the WeTek Play 2 is the TV Tuner and support. Bought a Play 2 over a year ago and found the software to be virtually unusable — particularly with regard to ATSC tuner.

Have since moved on, assembled my own TV box setup and never looked back

Total hardware cost – About the same as WeTek Play 2 and I receive better software support with regular updates.

I have mine running since first day on LibreELEC and all is working perfectly with DVB-T2. Further more I use it as streaming server to watch TV in other rooms

If I remember correctly first generation WeTek Play was based on dual core old AMLogic MX and officially was released 4.2 and 4.4 Android, while on their forums was Cyanogen MOD and Android TV build in 5.1

Great news, was waiting for this to upgrade mine, did not notice any notification before. I moved to Play2 mainly for cutting off cable TV, and now I get all ATSC channel for news and live shows and Netflix 4k for series and movies!!

Please advise if wetek play 2 with updated android 6.0 is a good choice, how to use the rubber? Does it has iks support

Yes, and the pertinent point is that being totally dependent on a hardware vendor for software support is a fundamental error in strategy. Their objective is to sell new hardware — and one way to do that is by simply neglecting the old.

I have to agree with that statement by @jqpabc123 – as it applies the majority of Android Media player sellers. If you want ongoing Android OS release upgrades you need a Manufacturer and Seller that has tight control over both Hardware and ongoing SDK / Software support. Those guys are nVIDIA with the Shield and Google with their now pretty old Nexus Player. The trouble with AMLogic is there was a rapid release of SoC’s over the last three years, each introducing something new. Their Android SDK & Firmware support was always atrocious and years behind their actual Hardware releases… Read more »