Xilinx launched a cost down version of their Zynq-7000 series with Zynq-7000S series SoC combining a single ARM Cortex A9 core with Artix FPGA fabric last year. We’ve already seen sub 100 Euros/Dollars board based on the new SoCs with ZynqBerry and MiniZed boards. MYiR Tech has now launched their own version, a cost-down version of their Z-Turn board, with Z-Turn Lite board featuring either the new cost-down Zynq-7007S or the “good old” Zynq-7010 SoC. 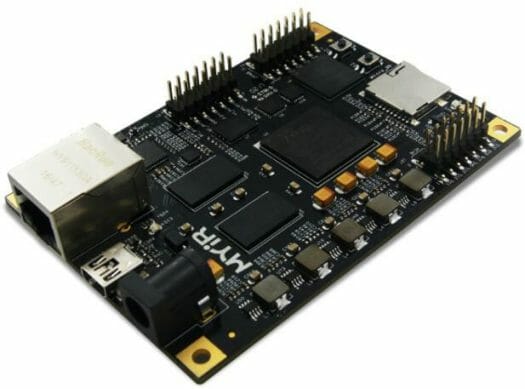 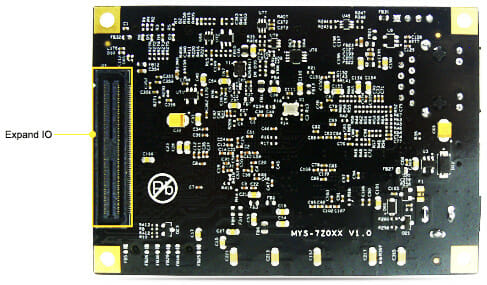 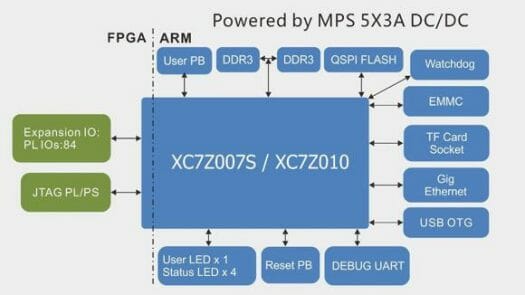 Z-Turn Lite board will start shipping on August 11st, but the company is already taking pre-order for $69 for the Zynq-Z7007S version, and $75 with Zynq-7010, including a 4GB SD card and product disk with documentation and source code. Alternatively, you can also get more complete kit with power supply, and cables for $89 and up. You’ll find purchase link and some hardware documentation like the PDF schematics on the product page.

Are there concrete use cases of such boards with FPGAs in field ? It’s unclear to me what could be achieved with such characteristics. Eg: line-rate gzip compression ? audio/video codecs ? emulation of older CPUs (eg: vintage game consoles) ?

@Willy
You can find some projects forZedBoard boards @ http://zedboard.org/projects
Those are all boards based on Xilinx Zynq-7000(S) series.

@Jean-Luc Aufranc (CNXSoft)
Thanks! Not much convinced yet but at least there are some projects 😉

Anyone knows the model of the 120 pin expansion connector? It looks like Samtec connector but I can’t find exact model.

They’re more expensive but they have academic discounts which is nice since these types of boards are likely most useful for students learning how to program for ARM and FPGA targets. They’re both dual core ARM Cortex-A9s and have more FPGA logic than these Zynq boards. The first one has an HDMI output that may be useful to some.

@willy
Basically anything that can not be done with existing SoC, or fast enough via software can be done with FPGAs.
Once we used a CPLD (somewhat like a low-end FPGA) to simulate a CF card interface between a GUI processor and a media processor.

@theguyuk
Yes, you can still buy CPLD. They are not quite as flexible as FPGAs, but usually cheaper. It depends on your application.

Z-turn Lite IO Cape released for $29 -> http://www.myirtech.com/list.asp?id=570
It brings out peripherals and signals like HDMI, Camera, LCD and GPIOs.