We reported about GIGABYTE MA10-ST0 motherboard powered by a 16-core Intel C3958 Denverton processor earlier this week, but that also corresponded to the official launch of Intel Denverton family, and many companies made announcements for their Denverton boards, products, or COM Express modules including SuperMicro, Kontron, Portwell, and others, such as Axiomtek NA362 Network Appliance powered by Atom C3538 or C3758 processors, and offering up to 10 LAN ports with six GbE RJ-45 ports, and up to four SFP+ cages. 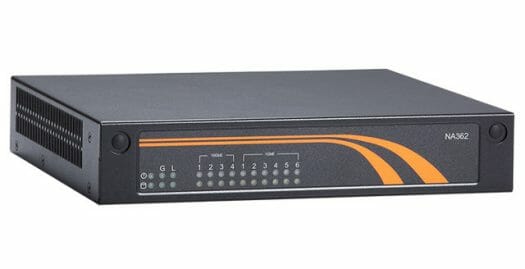 Atom C3538 SoC is equipped with two 10 GbE interface, but Axiomtek decided not to provide any SFP+ cages on the model based on this processor with only the six RJ45 ports. 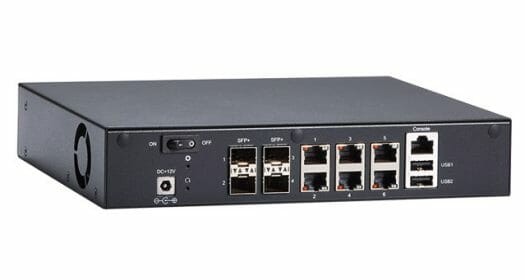 It’s great to see small devices like this one finally adopting 10GE and making use of these CPUs capabilities. The only thing this box is missing in my opinion is a small LCD+4 buttons on the right (where there’s nothing) to report a bit more information like “master”/”backup”, data rate, CPU usage and so on. With 4x10G, such a device can play an important role in a networked infrastructure (eg: top-of-the-rack firewall) and its small size will tend to make it confused with an ADSL router or to make operators simply disregard it during operations. And to people who will… Read more »

10GbE is definitely here to stay, Atom or otherwise ; )

10G yes, but not 10GbE, Base-T twisted copper takes too much juice, and actually makes it more expensive, SFP+ and DACs are the path to follow !

@JaXX
Yep absolutely! Also DAC cables have lower latency than RJ45 which requires a slower line coding (I think there are in fact multiple transformations). The difference is even visible in ping time (a few microseconds difference). DAC are perfect for short distances, for adjacent racks or even on a desk or in a lab.