X-Powers, a company better known to supply PMIC “companion” chip for Allwinner processors, also made some audio chips including AC108 is a chip specifically designed for microphone arrays with support for 4 microphones, and an I2C + I2S output interface to the host processor. Microphone arrays are particularly useful for smart speakers, and especially hot word detection (voice activity detection) as single microphone setups like I use with Orange Pi Zero, may have trouble detecting hot words like “OK Google” in noisy environments (music playing, alarm ringing…). 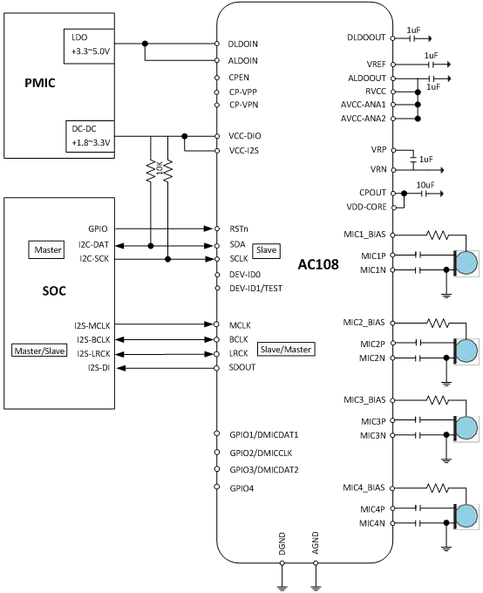 The product page does not provide that much more information, but there’s apparently EVM which you can purchase by contacting the company.

I could not find pricing information, but X-Powers normally provides price-competitive solutions. I could not find any boards using AC108 yet, but we should get more info about that tomorrow.