Last month, I wrote about Semlamp SL-012 a smartphone controlled light switch for 2 lamps that sells for about $11 on DX, and contrary to most others don’t use Bluetooth, nor Wifi, but instead a simple microphone. I decided to try it out by purchasing SL-011 model, controlling only one light, for $8.22 on DealExtreme.

That’s the package with some instructions in Chinese. 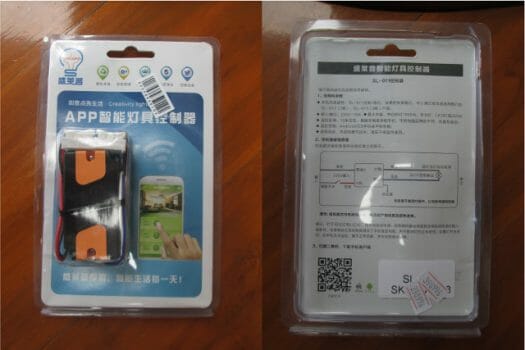 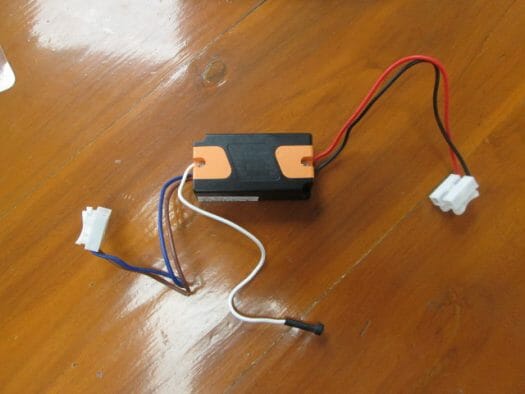 It’s quite easy to take apart, as they are just two screws to remove, and you can easily pop-up the bottom part of the case to access the board. 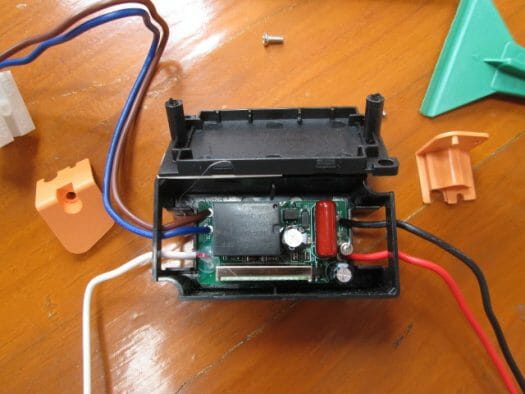 The top of the board features JQC-3FF 24V relay supporting up to 10A @ 277VAC, as well as a small control board inserted perpendicularly to the main board. 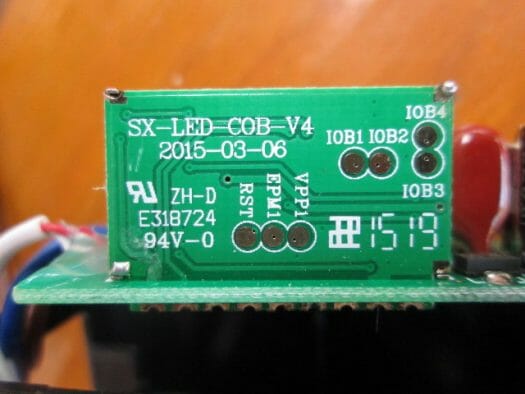 But it’s soldered to the main board, and I did not bother to desolder it. 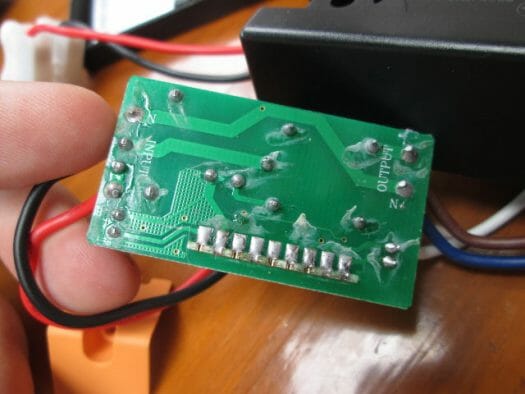 The first step is the hardware setup. You’ll need a lamp, cut the cable, strips the four wires, and insert the wires connected to the mains into the clips soldered to the red and black wires, and the lamp to the brown and blue cables. That’s very easy, and not soldering is involved. 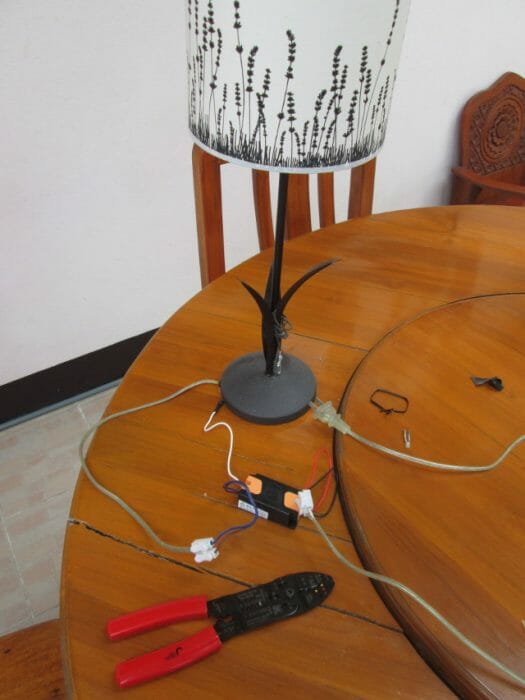 If you lamp has a switch, you’ll probably want to get keep it too, in order to have a way to turn it on/off without your smartphone. The whole setup is a bit messy, so you’ll also want to put these into another box for esthetic reasons… 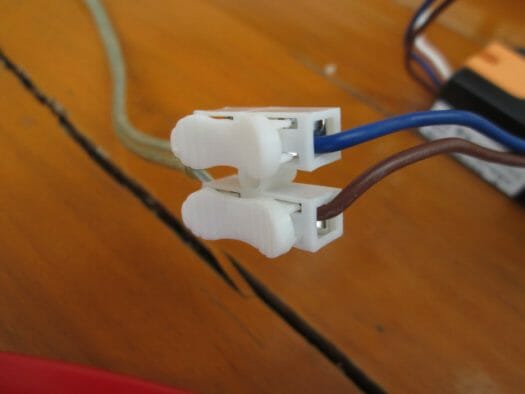 and more importantly for security reasons, especially if you have young children, as while the clips make it easy to install, it’s also easy to remove the wires, and get exposed to 220V.

You’ll also need to install the application to control the lights on your smartphone. You have two choices… Follow the QR code link to install an application in Chinese for iOS or Android, or download Lights Of My Home apk for Android, which supports both English and Chinese. I went with the latter…

As you connect the light to the mains, the relay is closed and the light on by default, as it should be. The app starts with a getting started guide, then you’ll get a screen with SmartLight No.1 installed. Pressing the power button will play a sound, and switch the light off, pressing again will turn it back on. The “Light” button is supposed to be for dimming, but has not effect with SL-011 device. You can do a long press in the app to change the light name, and/or the remote ID, and other options let you switch to another sound.

I’ve tried to add a second light in the app, and while it emitted the same sound, it did not turn on or off the light.  So that means you should be able to have multiple SL-011 devices in the home without interfering with each others, but I did not find out how to change the remote ID and make it work. I’ve tried with another phone, and it works, so there’s absolutely no security, and anybody can control SL-011 with their phone. The range is really good, as the lamp could be controlled even 10 meters away in a different room.

I’ve shot a short video to show how it works.

The device gets a little warm, like a power adapter, and when the lamp is off, it still consumes 1.4 Watts.

I was looking for some same kind of on- off switch with smoke detection sensor.

With the android TV box scene being a yawn” lately I was happy to see you’re covered these type of devices. They don’t cost that much and as America is full of people who, including some I know, are wowed about everything, this is certain to be seen as cool. The idea is an old one though as devices ( which I remember as a kid) the clapper, etc are essentially this mic enabled switch. Thankfully unless I’m praying to Jesus I sent have to walk the house clapping all night. *seriously though if I switch on my one cup… Read more »