Android One initiative aims to deliver low cost smartphones with at least 2-year worth of firmware updates. The program first launched in India in 2014, has since then expanded into more countries, and Xiaomi has just introduced their own Android One phone with Mi A1. 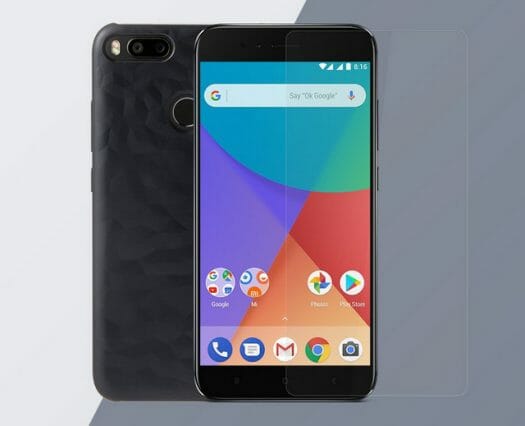 Mi A1 phone will ship with a power adapter, a USB cable, a SIM insertion tool, a user guide, and a warranty card. The phone will run the latest Android version with stock Android launcher, not MIUI, a requirement of Android One program. The phone will first ship with Android Nougat, but it will get an update to Android Oreo by the end of the year, and based on the 2-year update, should at least get the update to Android P a few months after the release.

Xiaomi Mi A1 can be purchased in India for 14,999 Rupees (~$234 US) with free delivery and payment by cash on delivery. At first glance it looks like the phone will be hard to get outside the country of launch, but considering Xiaomi products are sold worldwide thanks to Chinese e-retailers, there may be hope that anybody can eventually purchase online, wherever you live. More details may be found in the product page.

My next phone could be an Androin One, but around 180 euro would be my max.

Seems Android one is the new nexus?

Edited to add:
Outside of India its barely more than a 3G phone

I just read Lenovo will launch the “Lenovo K8 Plus” in India for 10.999 rupees. That seems more attractive to me.

@Sander
I find it hard to compare prices. Mi A1 has more memory and storage, a better camera, WiFI 802.11ac, but the battery is smaller.

The Lenovo is also not part of Android One program, the main reason why I wrote about Mi A1 here.

cnxsoft :
@Sander
I find it hard to compare prices. Mi A1 has more memory and storage, a better camera, WiFI 802.11ac, but the battery is smaller.
The Lenovo is also not part of Android One program, the main reason why I wrote about Mi A1 here.

About the Lenovo: I read “stock Android”, and I thought it was the same as “Android One”. And it’s not, is it?

@Sander
It will be similar, but Android One promises update for 2-years, and you also have some Android services that you may not have on the others, although I have not checked into details about the latter.

There are only a few Android One phones on the market, only available in a few countries. You can see the list by scrolling down at the bottom of https://www.android.com/one/.

@Jean-Luc Aufranc (CNXSoft)
Coupon MI5A1FS brings the price down to $218.90 for the Rose Gold version on GearBest . I’ve been told there’s no coupon for the black version.

Yeah it says “Global Version”, be CAREFUL. You’ll may actually end up with the China Version, which means some or all of the radios won’t be compatible in your country, and you may not even be able to install/use Google Play.

@Drone
AFAIK, there’s no China version for that model, it’s only for the Indian market right now.

@Jean-Luc Aufranc (CNXSoft)
This one is listed as a global version with lots more bands…
https://www.geekbuying.com/item/Global-Version-Xiaomi-Mi-A1-5-5-Inch-4GB-64GB-Smartphone-Black-385504.html?utm_source=newsletter&utm_medium=EDM&utm_content=&utm_campaign=DMCAH_holiday_20170907
….love the idea of vanilla android and 2 years of updates, want one!!

@PAEz
hmm. Yes, now that I see the extra bands, it seems they may be more than one version of the phone.
Will the Global version also receive Android updates like the Indian one?

@Jean-Luc Aufranc (CNXSoft)
That may explain it:

The Mi A1 will be sold in India from September 12 for the local equivalent of around $235, and will be offered in 40 more countries later in the month. These include Hong Kong, Malaysia, Singapore, Thailand, Greece, Poland, Russia, Egypt, South Africa, Columbia, and Mexico. Android One phones aren’t officially sold in the United States or the United Kingdom.

and that page: http://www.mi.com/en/mi-a1/specs/ looks to have the same band as the “Global version” on GeekBuying/GearBest.

If this continues price will soon go below $200…

Really nothing special about this phone except for rear dual cameras. The main downside of this phone is its relatively lower battery. I think Redmi Note 4 is a better deal compared to this.

I got a Xiaomi Mi A1 sent to me. Customs/DHL said this model is not known in Thailand, so I’d have get the documentations to prove it complies with local regulations by contacting relevant authorities. I was unable to do that, so they destroyed it.

@Jean-Luc Aufranc (CNXSoft)
Finally, big confusion with customs. I got it, but just had to pay a fine on top of VAT and DHL handling fee due to under pricing by GearBest.
https://www.cnx-software.com/2017/10/16/xiaomi-mi-a1-review-part-1-unboxing-first-boot-firmware-update-and-benchmarks/