Seeed Studio launched Wio GPS tracker with a 2G GSM module a few months ago, and while it should work in some countries, others are phasing out 2G networks, and only support 3G or 4G. The company has now launched an update with Wio LTE board with the same form factor, and most of the same features except they replaced the 2G/Bluetooth/GNSS module with a 4G LTE/GNSS module, and Atmel SAMD21 ARM Cortex M0+ microcontroller by an STMicro STM32 ARM Cortex-M4F MCU. 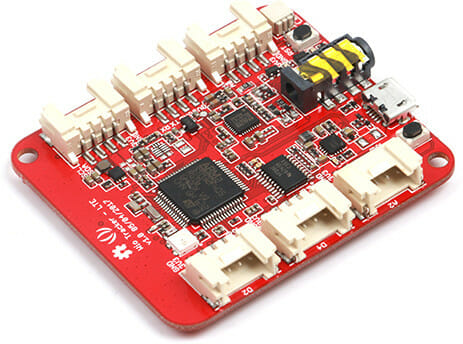 When I reviewed Wio GPS Tracker, the instructions provided to use with the Arduino IDE did not work very well. So let’s hope they will come up with a better and up-to-date getting started guide for Wio LTE board in their Wiki. Alternatively, the new board also supports Espruino for JavaScript programming for the I/Os, micro SD card, 4G, SMS, and GPS, and shown in Espruino Wio LTE page. 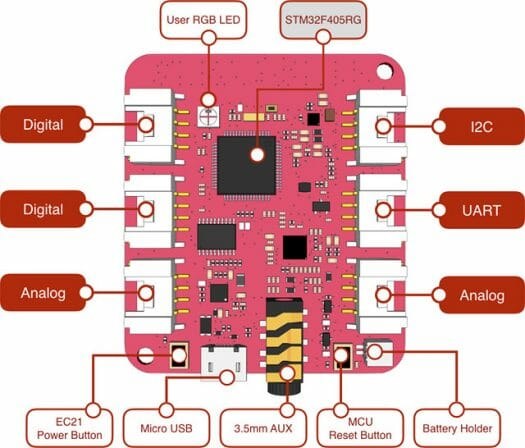 Seeed Studio is now taking pre-order for Wio LTE US Version for $97.50 plus shipping. Quectel also has other EC21 modules like EC21-E (EMEA, Korea, Thailand, India), EC21-AUT (Australia), and others, so I’d expect Seeed Studio to also launch variants of Wio LTE board that work in other countries.

We will have coverage around the globe. We will have global coverage with 4 boards available within the first few weeks.

Are PTCRB / GCF compulsory? How to check if it has been done on boards like Wio LTE? Or is that enough is the Quectel module is certified?

Bit O.T. Does anyone know of a 3G compatible simple voice/sms only “dumb” cell phone for sale that does not run on Android and does not spy on you? Here’s why I ask: It will take a little while, but 2G will be gone here in Indonesia too. My venerable Nokia C3 is 2G only. It still works here in Indonesia, but it no longer works when I go to Singapore. There’s no way I’m plugging my SIM card into my Android device where in two seconds Google and dozens of app makers will steal all of my contacts and… Read more »

@Drone
You can make a search on Aliexpress for “3G phone” and limited to price to $30/$35, and you’ll get a few models:
https://www.aliexpress.com/wholesale?minPrice=&maxPrice=30&isBigSale=n&isFreeShip=n&isNew=n&isFavorite=n&isMobileExclusive=n&isLocalReturn=n&shipCountry=TH&shipFromCountry=&shipCompanies=&SearchText=3g+phone&CatId=0&g=y&initiative_id=SB_20170907041555&needQuery=y

@Jean-Luc Aufranc (CNXSoft) Yes, that search turns up a bunch of old 3G dumb phones, mostly phones from Nokia running series 4 code. It does’t show any newly manufactured 3G dumb phones. Which is what I’m looking for. There used to be a lot of old 3G compatible dumb phones around here in Jakarta on the used market, but now they are being bought up and sent to places that turned off 2G like Singapore. In places like Singapore the old phones sell for a lot more money to people like me who know to never trust smart phones. I… Read more »

@Jean-Luc Aufranc (CNXSoft) Actually, that search turns up some phone ads that say they are 3G, but they are not. Typical Ali-Express stuff. Instead go to this page: https://en.wikipedia.org/wiki/Nokia_Asha_series Now look near the very bottom of the page and you will see a big list of “Nokia-branded 3G phones”. I recommend sticking with 3G with phones that run Nokia’s Series 40 OS. Avoid Symbian OS, it’s buggy, bloated, and power hungry compared to Series 40. You can be pretty sure any old Nokia phone that doesn’t run Symbian and does have 3G, is likely running a version of Series 40.… Read more »