Google may just have released Android Things operating systems for IoT applications, but its big brother – Android – has already gotten into some other IoT systems such as Quectel SC20 module powered by a Qualcomm processor and supporting LTE, WiFi, Bluetooth LE, and GNSS functions. 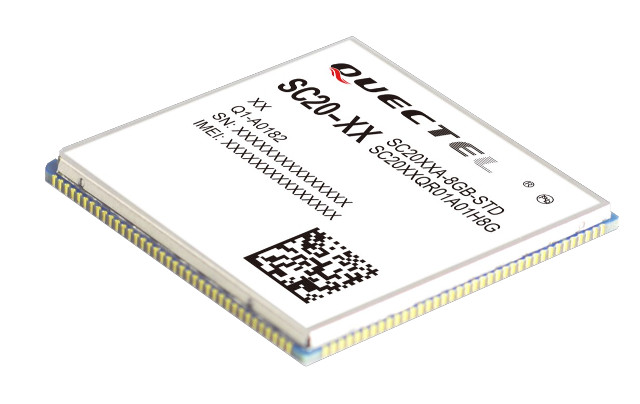 Quectel SC20 comes in different flavors to cater for various markets, but all module share most of the same specifications:

I first found about the module, as SinoVoip showcased some pictures of their next BPI-SC20 board using Quectel SC20-CE, but they did not provide other details. 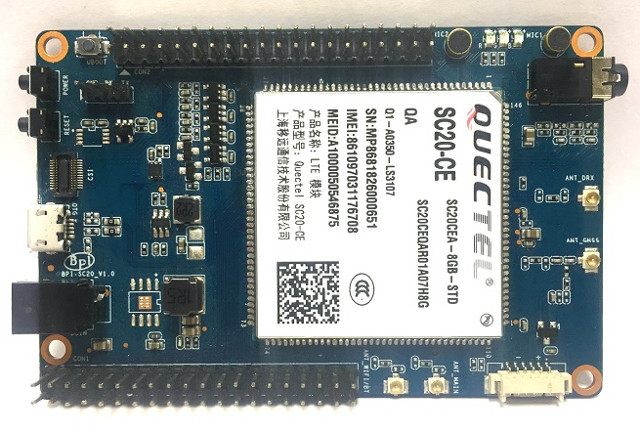 Nevertheless it was easy enough to find Quectel SC20 product page listing all the specs above, plus details about LTE, WCDMA, etc… bands, Rx/Tx power levels, and more. Six models of the module will be available: SC20-W with WiFi and BLE only, as well as country or zone specific variants: SC20-CE, SC20-J,  SC20-AU, SC20-A, and SC20-E with different supported cellular bands and standards.

The company is also said to have an evaluation board with a display and two cameras, with the processor used part of – or similar to – Qualcomm Snapdragon 200 series.

That thing is GIGANTIC. I wonder what is its price.