Cellular GPS trackers have been around for a few years, but so far mostly 2G or 3G GPS trackers with products like Ping, Particle Asset tracker, and many other models selling on Aliexpress. 4G GPS tracker have been less common. However, recently we’ve seen platforms like Wio LTE and AutoPi that could handle GPS tracking over LTE connectivity, and another alternative would be Mictrack MT600 that ready-to-use solution to track your car or other vehicle with GPS and 4G. 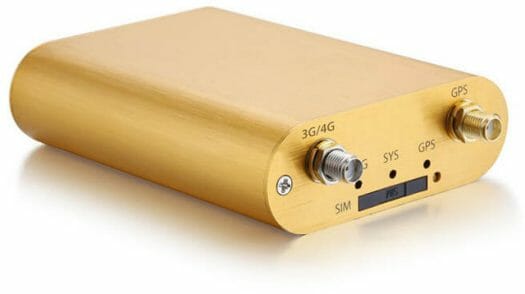 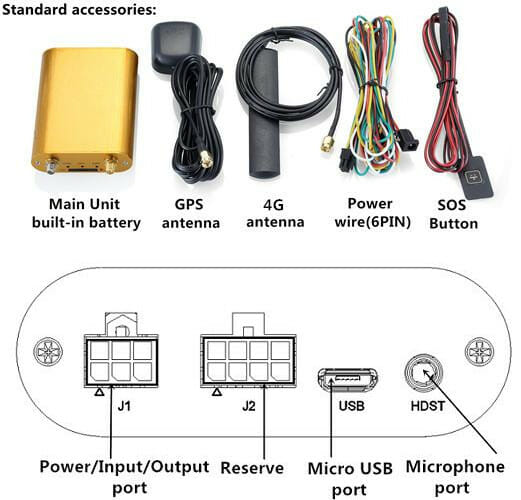 MT600 GPS tracker ships with GPS and 4G antennas, a 6-pin power cable, and an SOS button by default, with an optional relay available. The 6-pin cable connected to the car’s battery, the SOS button, ACC (12V) power, and optional to the relay connected to the fuel pump. It’s unclear what the reserve connector, micro USB port, and headphone port are for, since they are not mentioned at all in the user manual, except for the diagram above.

It can be controlled / managed through SMS, computer programs, or Yi Tracker mobile app for Android or iOS which will allow you to monitor the real-time position of your car, trip history, alarms for SOS button, low car/backup battery level, towing, high temperature, speeding, and geo-fencing. The company also lists support for camera, door sensor, and fuel sensor but only for ODM partners, which might be the reason why J2 connector and micro USB port exist. The video below explains about the connections without actually showing how to connect it to an actual car, and shows to get started with the tracker using a mobile phone.

The manufacturer claims the “protocol is open” (but does not provide any details), and explains the device is also supported by various third party GPS platforms such as Gurtam, GPSGate, CoryUSGPS, Orange GPS,  OpenGTS and Traccar, with the last two being open source platforms. 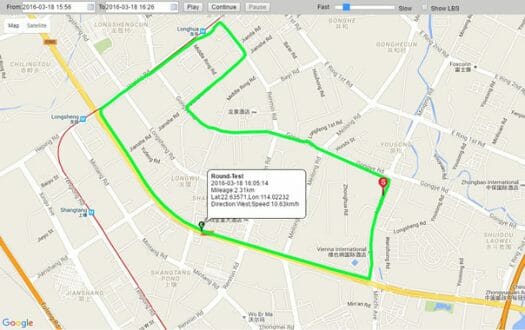 Mictrack MT600 is sold on Aliexpress, often under other brands, for $108 shipped and higher. The company has also just released MT550 global 4G GPS tracker using LTE CAT M1/NB1. More info and products can be found on Mictrack website.

So the addition of a relay, and you can kill the car as well. That would be handy if there were backup power (just to be sure in case the thieves cut the battery to stop you).

A device using the LTE standard can not be certified without a MIMO antennas – at least one primary and one diversity RX must be available.

@jim st
I recently bought the US version and it does have a back up battery that allows for external battery cut off.