Ugoos UM3 was launched in 2014 with Android 4.4 on Rockchip RK3288 processor, and could be described a a tiny TV box, or large TV stick. That form factor must have had some success, and they later launched AM2 model powered by Amlogic S905 plus Android 6.0.

The company has now just launched Ugoos UM4 with the same form factor but with Rockchip RK3328 processor running Android 7.1.2. Ugoos likes to add some software features often not found on other devices, and that would normally require hacking the firmware, or purchasing apps. 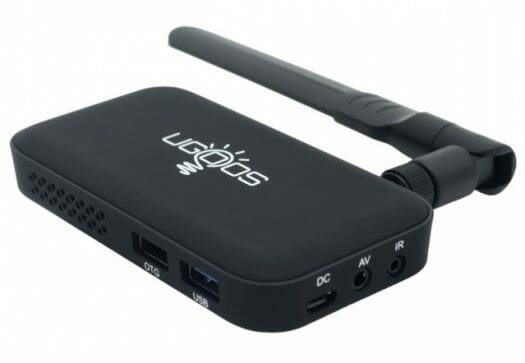 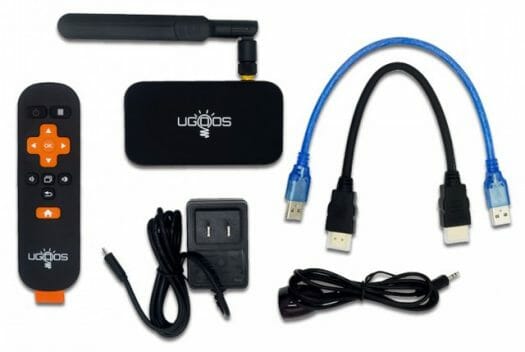 The device ships with a user manual, a power adapter, a  short HDMI cable, an IR remote controller, and a extension cable with IR receiver. I’ve not found the latter in that many TV stick, and it allows you to use an IR remote control with the stick even if it is connected behind your TV. But what could be the most interesting with this device are the extra Ugoos settings in the firmware. 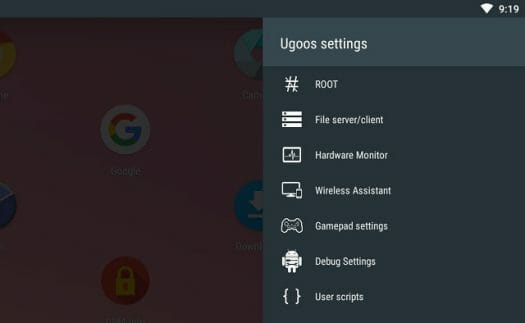 You’ll get a choice of 7 submenus with some options that are not commonly found in other TV boxes:

The device also supports automatic frame rate switching (AFRS) with 3 modes: system resolution, video resolution priority, and frequency resolution priority. This does not affect AFRS function in Kodi, which handle this on its own. Finally, digital signage users will be happy to find an option to switch between landscape and portrait mode.

The firmware might be at the beta stage right now, as reviewers and customers are only starting to get samples right now. If you’d like to give it a try yourself, Ugoos UM4 can be purchased on Aliexpress for $89.99 shipped.