Amlogic S905D processor is an evolution of Amlogic S905X with Gigabit Ethernet support, and TS interfaces for digital TV tuners. That explains why most devices launched with the processor come with tuners. So far, we’ve covered or reviewed a few including Sen5 STB (2x DVB-T2/C), Mecool KI Pro (T2/S2), and TX95D TV box with a single DVB-T2 tuner.

Magicsee C300 is another Amlogic S905D Android STB that comes with DVB-T2/C (Terrestrial & Cable), and DVB-S2 (Satellite) tuners, and sells for just under $70 on Aliexpress, and can be found on other shops such as GearBest. 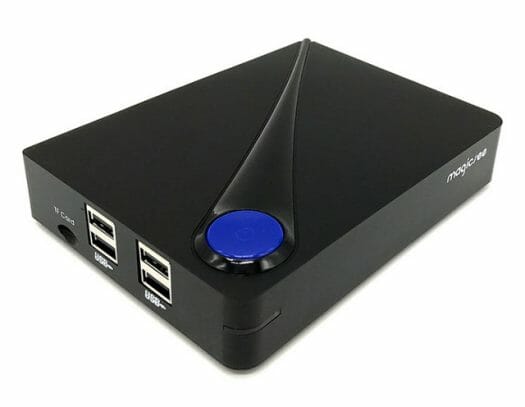 Magicsee C300 specifications are quite similar to the ones for Mecool KI Pro:

The only differences are that they used DDR3 memory instead of DDR4, Fast Ethernet instead on Gigabit Ethernet, and a slightly more powerful power supply (18W vs 12W). The ports layout is exactly the same, so I suspect Magicsee is using Videostrong KI Pro board with DDR3 memory, and no Gigabit Ethernet placed into a different case. 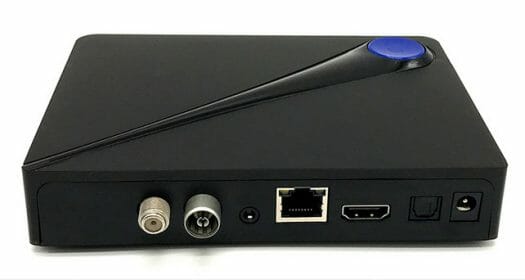 The set-top box is said to run Android 6.0.1 according to Aliexpress/GearBest, and ships with a power adapter, a HDMI cable, an IR remote control, and a user manual.

Shenzhen Intek Technology may be the manufacturer of the device as they list Magicsee C300 on Alibaba. There’s one key difference however, as they claim the device runs Android 7.1.2 support instead of Android 6.0.1. Android Nougat would make more sense, as KI Pro is running the more recent operating system.

they say android 6 but maybe it arrive with 7

I’d really like it if CNX could buy and analyse one of the Xtrend boxes:
Manufacturer’s site is so slow as to be almost unusable: http://www.et-view.net/

I believe they run linux

@paul M
I can only review this type of devices if they are sent from Thailand due to a change in regulations… So I’ll review less TV boxes and STBs going forward.

I’ve asked manufacturers/sellers to send free boxes for review to people living in other countries, but in most cases they just keep the TV box, and the reviews never come as it’s too much work for testing and the write-up.

I have reviewers I trust, but they are more interested in mini PCs, 3D printers, IoT, development boards, etc…

@Pelican
Magicsee call it a c300

this device would be ideal tvheadend server, if it have CI/CI+ Slot

thanks for that perspective.

@Jean-Luc Aufranc (CNXSoft)
Yeah, this seems like VideoStrong pcb inside. If you look on Alibaba page, last image before “Company information”, there’s app drawer with silver background with some black gradient, same one that VS uses.

And box itself looks suspiciously similar to wetek play 🙂

@MariuszK
I don’t think CI/CI+ slot is issue… Licensing it probably is.

@Pelican
@theguyuk
Yes, it should be C300. GearBest calls it C100, maybe that’s why I was confused.

Help in my box in the installation menu I can not find a smart data manager for cccam. Is there a procedure to enable cccam? who can help me thanks