There are plenty of hardware to implemented IoT projects now, but in many cases a full integration to get data from sensors to the cloud requires going though a long list of instructions. Bolt IoT, an Indian and US based startup, has taken up the task to simplify IoT projects with their IoT platform comprised of ESP8266 Bolt WiFi module, a cloud service with machine learning capabilities, and mobile apps for Android and iOS. 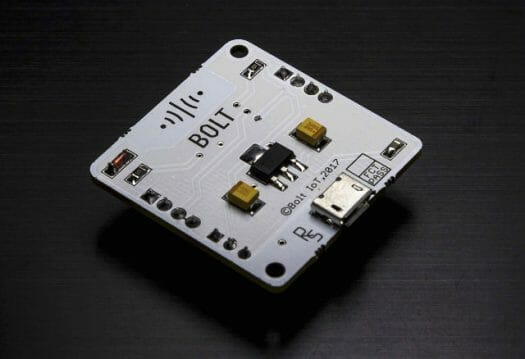 The hardware is not the most interesting part of Bolt IoT, since it offers similar functionalities as other ESP8266 boards. But what may make the project worthwhile is built-in support for the company’s cloud service (lifetime access to backers) that simplifies node and data management, as well as Bolt IoT mobile app to control the board with your smartphone (Android or iOS) 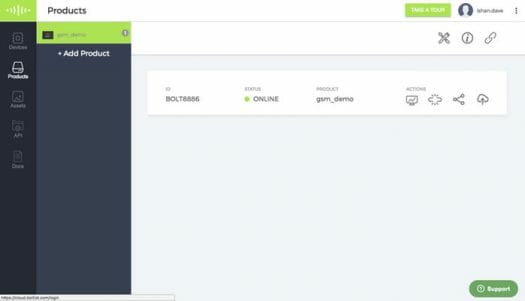 Some other noticeable features of the Bolt IoT cloud platform include:

The whole ecosystem supposedly allows developers to work 10 times faster, and use 80% less code than other methods.  The company will also provide an API that let you manage notifications, select third party visualization tools, and control devices from your own app.

The company launched their platform on Kickstarter at the beginning of November, and they’ve now surpassed their $10,000 funding target, having raised close to $30,000 from about 700 backers. Bolt IoT module with lifetime access to Bolt Cloud requires a $12 pledge, but they also have kits with Arduino baseboard and sensors starting with a $37 Starter Kit to the $650 Legendary kit with multiple Bolt board, and a very long list of modules. For some reasons that I may have missed all kits also include $10 credit with DigitalOcean VPS provider. Bolt Cloud will be free to all backers for life, but after the KS campaign Bolt IoT will charge a fee for commercial projects, and potentially for hobbyist projects too. Shipping adds $5 to $100 depending on the selected reward, and delivery is scheduled for February 2018.

They have a Black Friday / Cyber Monday special with 10 boards for $89.

What makes them impressive is the complete solution including cloud and analytics – it is not just the hardware. I backed them up and looking forward to it.