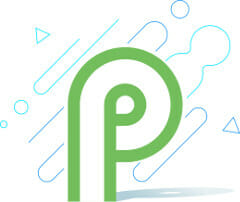 Google has just announced the release of the first developer preview for Android P mobile operating system, as the company is looking for feedback from developers who can use the official Android emulator, as well as images for Pixel, Pixel XL, Pixel 2, and Pixel 2XL devices for testing

Google will take into account comments from developers before finalizing the APIs and features. That won’t be the only preview however, as the company plans to release other developer previews planned before the stable release at the end of the year, and Google aims to reveal more at Google I/O 2018 next week.

Some of the interesting changes and new features found in Android P so far:

There are also many other changes, and you can find the full list on Android developer website.

Which if any Access Points support 802.11mc WiFi protocol today? Any model for home use available? Like Mesh AP?

Google are fragmenting Android to much, in my opinion. They should mature the OS, and anything else add as apps.

@Harley
I’ve just tried to look for this, and it’s not really a commonly advertised features. I can see some Intel cards and Marvell Avastar chips support 802.11mc.

Android P developer preview 3 has just been released. API level is now 28, and Beta 2 images are now available for Pixel phones and devices from partners as listed in the post above. See https://developer.android.com/preview/release-notes for details.