But the company – now part of Facebook – has more recently been working on an all-in-one virtual reality headset called Oculus Go that works without external hardware, and launched it today starting at $199.00.

The virtual reality headset ships with a controller include a touch surface, a trigger, and back & home buttons, as well as a 10 Watts USB charger, and a glasses spacer. 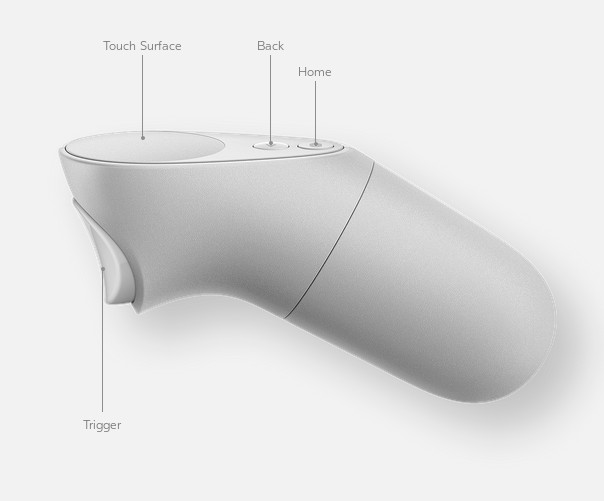 Oculus Go can be used with or without glasses, but in the past I used a VR headset with my glasses, and it worked, but it was not overly comfortable.  Contact lenses are an option, but are not suitable for everybody, so I was pleased to see FramesDirect offer VirtuClear prescription lenses for Oculus Go.  The lenses cost $79.99 and are available for prescriptions within the following ranges: SPH: 0 to -8.0 | CYL: 0 to -2.0 | PD: Minimum 52.

Sadly, VirtuClear lenses only ship to the US, so you’d have to go through a mail forwarder if you live in another location and are interested in that accessory kit.

Oculus Go itself sells in 23 countries for $199 with 32GB storage, and $249 with 64GB. More details can be found in the developer’s blog, and in reviews from sites like TheVerge and CNet.

Has anyone played with the SDK? From what I’ve read, it’s Android based (which makes sense.. for comparability with GearVR) so does that mean you have to fight the Android NDK tools?

Wonder if someone will get Armbian or something running on it… (though I don’t know anything about the hardware support. Maybe that’s crazy haha)

So far the top-end games are more simple than the Rift/Vive level, but have been impressive enough to be pleasantly surprised what they pulled off. 3D pr0n? You only need Google Cardboard for that… X-D

Certainly a nice piece of engineering but the latest wave of VR hype is ending/has ended. I doubt this’ll sell much just like all the other VR products. Although, the PSVR sold a lot but, from some reports, actual continued usage is extremely low.

Let’s see how long Facebook is willing to continue throwing money at this.

Based on what I’ve been watching in the Southern Florida area at the kiosks…they can’t keep them in the Best Buy’s. Selling them like hotcakes.

Usage appears to be mixed at the high-end, but the thing is…the PS VR _**ISN’T**_ the thing to compare to. It’s actually suboptimal in many ways- and there’s a lot less “good” content for it than even the Go has available for it.

VR’s a mixed bag. It’s not matching up to the hype, more because it was too soon- but it’s nothing like what you’re claiming all the same.