Around 2 years ago, I reviewed GOLE1 mini PC running Windows 10 and Android 5.1, powered by an Intel Atom x5-Z8300 Cherry Trail processor with 4GB RAM and 64GB SSD. It also came with a 5″ 1280×720 display and a battery, so you could use it on the go. I discovered several issues related to WiFi, USB 3.0, Windows 10 on a 5″ display, among others, but still found it was an interesting concept. 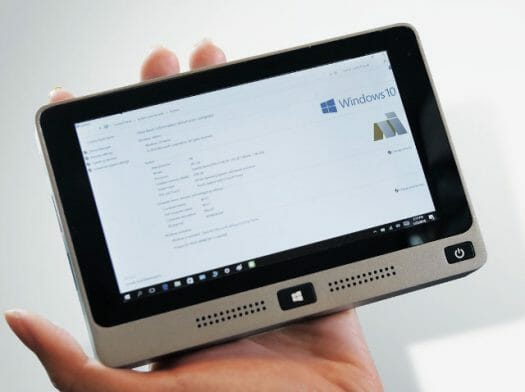 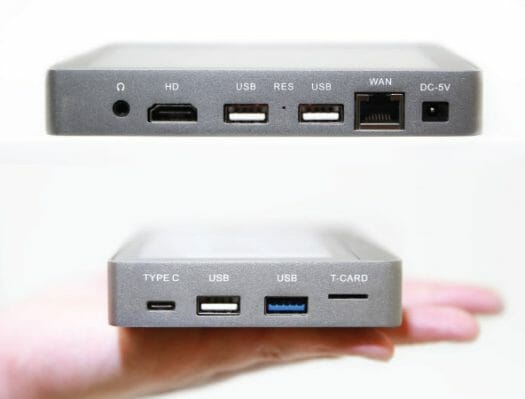 Beside Windows 10, MI mini PC duals boot Android 5.1, and there’s a paid upgrade ($15) to run Android 7.1 instead. The device ships with a foldable Bluetooth keyboard, a power adapter, two carrying pockets, and a stand cover.

This type of mini PC is quite versatile, as you could use it as a small (but thick) table, a portable mini PC, as a control panel while connected with a larger display (think retail or maybe Karaoke), a portable gaming console with its optional gamepad, and so on. 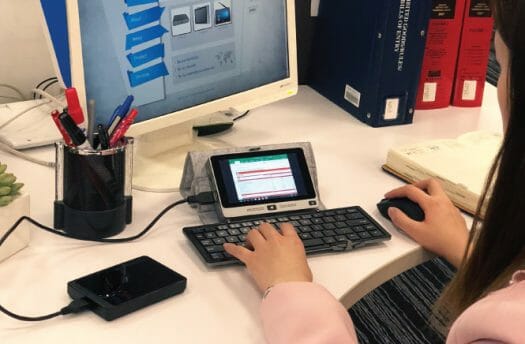 The mini PC launched on Indiegogo a few days ago, and has been very popular so far having raised over $400,000, likely thanks to the aggressive pricing as you can get Mi Mini PC with accessories for just $149. Shipping is not included, but you happen to live in Hong Kong or China, it’s free, and only goes to up $10 to $25 for other countries. Delivery is scheduled for September 2018.

Via Liliputing and MSPowerUser

Great! Can it run Linux?

Windows 7 will not be supported. For Linux, there may be an option in the BIOS to boot Linux images. If not you may need to use isorespin.sh or rEFInd.

Check if UEFI is 32-bit . I have a Intel Z3735F PC stick, it comes with a Windows 8 64 bit but a 32-bit UEFI. If your UEFI is alos 32-bit then you can try the images from Ian Morrisons linuxium . I tried them and the work with this configuration.
https://plus.google.com/+IanMORRISON

Most Cherry Trail platforms should be supported now that things like HDMI audio, Bluetooth and WiFi drivers have been fixed.

@Jean-Luc Aufranc (CNXSoft), are you saying … with isorespin,sh, or out of the box with newer Ubuntu 18.04?

It’s possible the stock image will not work, depending on the BIOS options, but with iosrespin.sh / rEFInd it should work.

There will not be new processors with the “Atom” name, but new families like Apollo Lake and Gemini Lake are still Atom processor, although branded as Celeron and Pentium.

AFAIK, Intel has still not announced end-of-life schedule for Atom x5/x7, so I’d expect them to still sell these parts for a while.

Nice accomplishment, but totally useless with a 5″ display.. Windows isn’t usable in that size

For this price, this sounds like a good deal.

Of course only if I can install 64bit Linux on it and the HDMI output is good for at least 1080p.

When will we get the MI Mini Pc said in September

Considering they were working on a new heatsink design in late August, I don’t think the September deadline will be met. I can see they upgraded to m3-7Y30 processor too. I’m not sure how they will not sell the IGG models at a loss. I hope backers will receive what they pledged for though, but it may need more time.

hi im looking for this but i down know were to order. is this still available? where can i order it?